BY JAKOB BAEKGAARD
November 21, 2009
Sign in to view read count 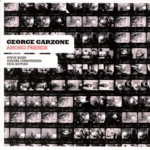 George Garzone is one of the unsung heroes of the saxophone, who is known for playing fast and hard. Anyone who has heard his legendary group, The Fringe, whether live or on record, can testify to his ability to blow any competition off the stand, but there is also a softer side to his playing and it is this other aspect of Garzone's art that comes into full fruition on Among Friends, which finds him exploring the mood and aesthetic of the ballad.

With the tenorist is the young Danish bassist Anders Christensen, but otherwise, it is a seasoned cast of musicians that round out the date: pianist Steve Kuhn and drummer Paul Motian.

Supported by Christensen's elegantly understated bass patterns, Motian's fluid timekeeping is perfect for bringing out the best in the slowly breathing lines of the saxophonist and Kuhn is heard at his most romantic, laying down a riverbed of sighing chords on the beautiful arrangements of the originals "Alone," "Farewell," and The Fringe classic "Between Two Cities," which finds Garzone shifting from tenor to soprano saxophone with great effect.

There is also room for an intimate interpretation of the standard "My One And Only Love," where the horn caresses the melody accompanied only by Kuhn's piano. This tune, like all the others, provides a glimpse into the window of the artist's soul. Even though Garzone previously has explored the form of the ballad on various occasions, Among Friends digs deeper and is an autumnal highlight of a so far distinguished career.

Theme For Ernie; Alone; To My Papa; Between Two Cities; My One And Only Love; Milestones; Farewell; Free.