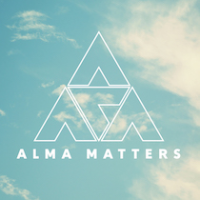 Soul matters, educational foundations matter, inclusive music scenes matter, and this album—conceptually invested in all of those beliefs—most certainly matters. With Alma Matters, multi-instrumentalist Jeff Weinmann reunites with some of his preferred collaborators from years past and times present, honoring the rich history of the Berkeley scene that's nourished and inspired him for decades on end. Many of the musicians who join in here have linked origin stories that point toward positive experiences in the music program(s) in the Berkeley Public School, further cementing the connections between parties, and the album plays toward the universal idea of soulfulness—alma, for those unaware, is the Spanish word for soul.

The aforementioned themes help to tie all of this material together in one intriguing package, but a lack of stylistic unity clearly highlights the way all of these musicians were brought up. If you like your albums to walk a straight path from top to bottom, this one isn't for you. Group configurations are drastically different from one number to the next, further adding to the melting pot nature of Alma Matters, but certain personalities—multi-instrumentalist Peter Apfelbaum and the ever-impressive Cressman family crew, most notably—serve as binding agents and common denominators.

The playlist marks Weinmann as a man with discriminating musical tastes who refuses to discriminate against any musical camp. His vision makes room for stirring R&B-informed music (George Jackson's "Get Involved"), hip neo-soul (Natalie Cressman's "You'll Never Follow"), churchy aspirations carried on a tropical breeze (Erik Jekabson's "Gospel Sermon"), Brazilian-laced dance floor poetics (Natalie Cressman's "The Unknown"), spiritual suggestions from one of our greatest singer-songwriters (Paul Simon's "Bridge Over Troubled Waters") and Jamaican-flavored groovers (Peter Apfelbaum's "Shadow Woman"). But it's important to note that while this is Weinmann's project, it's not his show. He doesn't even appear on half of the tracks, and when he does drop in, he's often working a background role. Weinmann is clearly selfless—he sees himself as more of a "facilitator" than a leader here—and he's perfectly content to put the music and concept first.

Some may classify this as a compilation album—no two tracks have the same cast and the music was recorded in spurts over a four year stretch, so you can't really blame them—but classification is ultimately irrelevant. The music, the message(s), and the spirit are what matters most on Alma Matters.

Intro; The Unknown; Shadow Woman; Use It All; Hold On; Get Involved; Nobody’s Fault But Mine; You’ll Never Follow; Gospel Sermon; Wade In The Water; Bridge Over Troubled Water.