By Doug Collette
February 1, 2019
Sign in to view read count
Every professional musician knows how crucial it is to work regularly. Not only does it pay the bills—a pragmatic aspect of the necessarily busy lifestyle we laypeople may overlook—but it also allows for networking to enhance the musician's internal and public profile. Perhaps most importantly of all, consistent activity on stage and in the studio can provide a direct conduit to prolific creativity as well as drummer/composer/bandleader Allison Miller activities attest. Unlike those mirror images of electric/acoustic ensemble work from a couple years ago, Lean (Music Wizards, 2016 ) and Swivel (Little (i) Music, 2016), Miller's recording with Boom Tic Boom bears little stylistic resemblance to its collaborative counterpart. Yet as with the recordings (and diverse projects like her residency on Late Night with Seth Meyers), Miller executes as expertly executed as she conceive them carefully, Together and apart, these release offering additional proof—as if any were necessary—of exactly how bountiful are the products of Allison Miller's busy schedule. 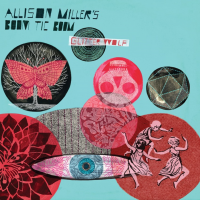 Alternately tickling the ears and moving the feet, the music of Allison Miller's foundational home of a band, Boom Tic Boom, is a comprised of arrangements as distinctive as its compositions. And it's virtually impossible to tell where charts leave off and improvisation begins because, as with the melodic theme of "Congratulations and Condolences." the whole of the six-person band plays with authority propelled by the leader's percussion, itself as assertive as it is confident. Pianist Myra Melford sounds particularly sure of herself, echoing Miller's rhythmic punctuation with split-second responses as if in the middle of a particularly inventive improvisation. Yet the steadfast unity of this sextet in motion actually ends up highlighting the unconventional nature of the material: not only do tunes such as "Malaga," compares favorably to those of the great composers who fronted Weather Report, Joe Zawinul and Joe Zawinul, such numbers ultimately cement this record as a veritable embarrassment of riches. 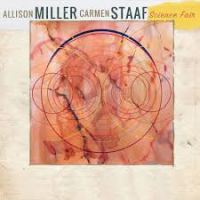 An impromptu encounter on-stage between these two principals led to this collaborative outing, the genesis of which co-producer Ben Goldberg solidified. Drummer/composer Allison Miller and pianist/composer Carmen Staaf weave in and out of deceptively traditional jazz approach here, instinctively and accurately recognizing those points at which to contribute to the ongoing dialogue, not to mention when and how much. An even mix of original material further nurtures a range of sounds on this wittily-titled record further illustrating how naturally bonded these two musicians are on their respective percussion instruments. That said, tunes like the opening "What?!" unfold with graceful fluidity as all the players involved stretch their respective capabilities; in particular, the steadfast bassist Matt Penman and trumpeter Ambrose Akinmusire spur on their peers, as thoroughly as Miller and Staaf, to mutually inspired heights. A single listen to this ingratiating album renders it an indelible memory and should inevitably prompt repeated hearings.