By Andrey Henkin
June 2, 2005
Sign in to view read count
The career of most artists follows one of two paths: linear (Pablo Picasso or Gato Barbieri) or circular (Chick Corea). Few can or wish to maintain multiple personalities creatively. In music, there are more instances of this kind of multi-tasking and German pianist Alex von Schlippenbach has proven himself especially adept.

In the January 2004 issue of this gazette, two CDs by Schlippenbach were reviewed; The first was a ecstatic new entry into the catalogue of the Globe Unity Orchestra (which he founded in 1966) and the other was a quartet outing. Now, two new discs document further sides of the pianist. The first is a live set by his long standing trio with saxophonist Evan Parker and drummer Paul Lovens (first documented in 1972 and steady since then). The second is an ambitious 3-CD set by a quintet (the only holdover from the above quartet being fabulous bass clarinetist Rudi Mahall) doing the entire Monk songbook. Few would attempt such disparate projects and even fewer would bring them off so successfully. 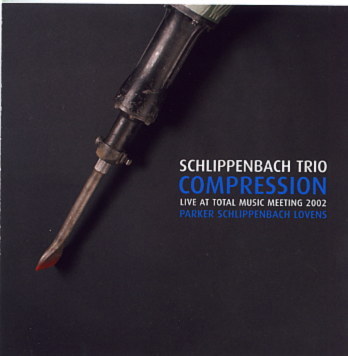 Schlippenbach has commented on how much he prefers to keep playing with certain players, the years together actually forcing them away from inevitable cliches. Coming on to 35 years together, his trio combines a remarkable freshness with a reserve and patience that is lacking in some of the more nascent and less road-tested improvising ensembles. It is rare to call anything free "tasteful but given that the shared trait amongst these three musicians is intellect, it is appropriate. Many don't like free improvisation, calling it repetitive and self-indulgent. And in many cases they are right. But the Schlippenbach Trio would make anyone reconsider that notion. Decades together lead to some fascinating conversations.

In 1992, Schlippenbach and some of his avant-garde friends recorded several sets of standards, operating incognito in an attempt to prove they were as capable as anyone at playing straight. (An FMP EP first recorded the group doing the the same thing in 1984). The fruit of this deception was a six-CD box set released in 2003. It should surprise no one though that Schlippenbach would be attracted to this kind of music; give a good listen to his album of Jelly Roll Morton music from 1980. But Monk's Casino is not a novelty piece. This is as serious a reading of Monk's oeuvre as has been attempted by those more expected to do this sort of thing. In fact, one can posit the theory that Schlippenbach's style is the child of his European classical training and his fascination for Monk's incomparable compositions.

The quintet, Schlippenbach, Mahall, trumpeter Axel Dörner, bassist Jan Roder and drummer Uli Jennessen, rejoices in Monk across the three discs. His music perseveres because it is timeless jazz, not period pieces. And the group treats them with the respect they deserve and the occasional subversions and bits of humour that Monk would expect. The highlights of this set is appreciating Schlippenbach's authentic technique and wondering why Monk himself never thought to use a bass clarinet.