At one point on the title cut of "Simple ... Isn't It??, the latest CD by Earth People, M, the band's enigmatically-named singer, purrs "Would you like ... the usual? I didn't think so!" That contempt for the mundane exemplifies this vibrant work of spiritually driven, boundary-busting, cadre music. Their debut CD, "Waking the Living" (also on CD Baby.com), covered some of the same ground but with a slightly larger ensemble. On "Simple" their roster is four members less, the music no less potent. Opening with "Birthright", M's scream of vocalease is a sound of being forced out into the world, recalling the opening words of Thomas Pynchon's "Gravity's Rainbow" : "A screaming comes across the sky ....". "Bojangles" gives a slight nod to the pop song, beginning with a simple guitar riff, then going off into high-pitched reed squeals and piano runs. "Breaking the Malaise", a basic funk/fusion riff, blossoms into a collection of honks, shouts and wails, a collective polytonal plea for love and understanding. Earth People plays occasional standard jazz riffs, but almost immediately becomes impatient with them, finding the straight and narrow unbearable. Instruments feed off each other like hungry animals. Horn players Jason Candler, Daniel Carter and Sabir Mateen threaten to burst the walls with the force of their invention, sometimes blowing off-mic like explorers seeking new territory to conquer. M is an ululating torch poet whose tone shifts between lamentation and triumph with vocals seductive, defiant, visceral, at times overwhelmed by the music, but as formidable as any instrument in the band. Drummer, co-producer and primary composer André Martinez is the group's literal and figurative heartbeat. Bassoonist Karen Borca, pianist Mark Hennen, guitarist Doug Principato and bassist Francóis Grillot are stellar contributors. Earth People is a unique listening experience. Perhaps the best way to honor the music is to deal with it on its own terms, let it transport you. This is New World music, a New Age free jazz fusion poetry funk gumbo, whose geography is not only the planet, but the soul. Whether you love, dislike, or struggle to understand Earth People, you damn sure ain't gonna ignore 'em. Terrell Holmes, All About Jazz -NY (March 2003) 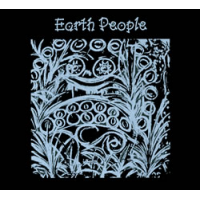 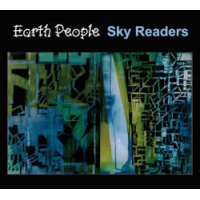 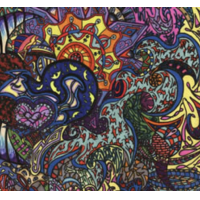 All About Jazz musician pages are maintained by musicians, publicists and trusted members like you. Interested? Tell us why you would like to improve the Simple... Isn't It? musician page.