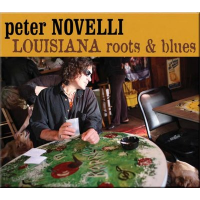 Following his critically acclaimed debut release, Peter Novelli has recorded a dozen new songs (including a John Hiatt cover) that range from blues to rock, funk to zydeco, cajun to country. Peter calls it "that whole Louisiana blues and roots thing." Novelli, with Chris Chew on bass (North Mississippi Allstars) and drummer Darryl White (Tab Benoit, Chris Thomas King) tracked the session at Dockside Studio in southwest Louisiana, over three days in February, with multi-Grammy Engineer David Farrell. Sessions were completed in New Orleans and Lafayette, Louisiana (with additional engineering by Ivan Klisanin), mixed by David Farrell and mastered by Alex McCollough, Yes Master, Nashville. The project was produced by Peter Novelli, with David Farrell and Darryl White. Joe Krown played B3 / piano on most tracks. Joe, now himself a New Orleans icon, toured and recorded with Clarence Gatemouth Brown until Gate's death 12 days after Hurricane Katrina. Joe makes a repeat appearance; he guested on Novelli's debut CD. Chris Thomas King (Grammy Oh Brother Where Art Thou) adds lap slide guitar to two tracks. This is special because Novelli's first CD included a tribute to the Baton Rouge blues of Slim Harpo, and Chris literally grew up in the legendary Tabby's Blues Box in Baton Rouge where Slim and many other legends including Raful Neal and Lazy Lester took the stage. Peter was especially grateful to work with Chris because of the way Chris has taken traditional Louisiana blues into the future with his own contemporary interpretations. Chubby Carrier, also a Grammy winner, added his bluesy, funky triple row accordion — and some lyrics!! — to Zydeco Lady, a Novelli-Carrier original. Chubby also played frottoir (rubboard) which was his very first instrument as a child. This session was indeed special for Peter, because he had worked a few times with the late Roy Carrier, Chubby's dad, who for a time was known as the "King of Zydeco." Chubby was recorded in LaFayette, Lousiana by Ivan Klisanin, who produced Chubby’s CD that won a Grammy in 2011. Finally, for the edgy, haunting "Treme 3 AM" (with both instrumental and vocal versions) Novelli was looking for an innovative New Orleans trumpet player. During a late night at Snug Harbor on Frenchmen Street, the legendary New Orleans drummer Raymond Weber suggested Shamarr Allen, who walked into The Music Shed studio on a late Friday afternoon with five children in tow and laid down some brilliant trumpet lines. The Foster Sisters, Elaine and Lisa (known as ELS) made a repeat appearance on Novelli's second CD and added their vocal magic. Peter's longtime collaborator, NYC's Gordon Minette, added some fine piano to the White-Novelli ballad (This is Our) Last Goodbye. 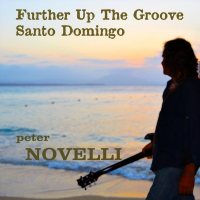 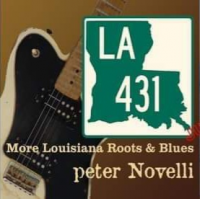 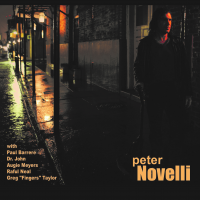 All About Jazz musician pages are maintained by musicians, publicists and trusted members like you. Interested? Tell us why you would like to improve the Louisiana Roots & Blues musician page.