The Bearable Heaviness of Being; Emerging Structure; Platforming; Shadow of Tomorrow; NGC 6357; Inhabitable Imagination; Stretch-Stretch yourself

Inhabitable Imagination, is pianist Adrián Moncada's first recording as a leader with his project: Adrián Moncada 6tet. In this first recording, Moncada draws inspiration from his passion for architecture. Being an improviser and composer, he considers himself a musical architect. Where architecture's function is to serve as a platform for people's lives, the function of music is to serve as an container for people's minds. “I like to see the music I composed for this 6tet as liquid architecture” Moncada says. “An inhabitable platform for the expression of imagination through organized sound.” It features a repertoire of original songs that are influenced by contemporary jazz - a term that serves as an umbrella for a lot of music that combines the rhythm, improvisation, and intention of the jazz tradition with the eclecticism of the times that we are living in. The camaraderie they have developed when playing can be reflected in the trust they have in each other when taking musical risks on stage. At times highly structured and composed, and others freely improvised and loose, the music this band delivers never loses the thread of its narrative. “With architecture as my source of inspiration, I would like to invite the listeners into my musical mind willing to excite their imagination, showing them sonic spaces that can feel grandiose, minuscule, geometrically strict or loose.” released March 31, 2021 Recorded by Ido Zilberman at CvA Studio, Amsterdam on December 11th and 12th, 2019 Edited, mixed and mastered by Ido Zilberman Album design by Camila Andino 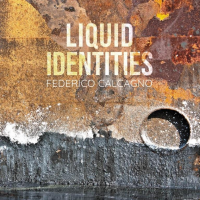 All About Jazz musician pages are maintained by musicians, publicists and trusted members like you. Interested? Tell us why you would like to improve the Inhabitable Imagination musician page.