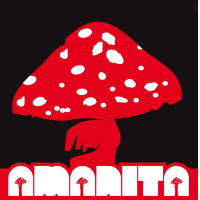 “Gente a Sud” is the debut album of jazz trio Amanita, produced and distributed by Rome-based label Zonedimusica. The music is permeated by mediterranean sounds, accompanied by a restless feeling of melancholy and an asymmetrical and energetic rhythmic texture. Lyrical moments alternate with rhapsodic ones, linearity is injected with inventive overlappings, and structure is juxtaposed with free-form; the album is constantly exploring a synthesis between contemporary jazz and far-away roots. Original compositions are rounded out by two new standards revisited from a jazz and improvisation point of view: a smooth version of Depeche Mode’s “Enjoy the Silence,” and a sharp, infused reinterpretation of “Centro di Gravità Permanente” by Franco Battiato.

All About Jazz musician pages are maintained by musicians, publicists and trusted members like you. Interested? Tell us why you would like to improve the Gente a sud musician page.