By Andrey Henkin
October 21, 2005
Sign in to view read count 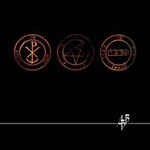 After having been rescued from the back rows of the orchestra by '60s jazz, the bass clarinet has found many homes. Today the instrument is no longer rare, but it has become the province almost solely of the less composed spheres of the genre. That's a shame, really, because the bass clarinet can be one of the most expressive instruments around, pleasing yet subversive with a remarkable tonal range in the right hands. Edmund Welles, a San Francisco-based bass clarinet quartet, has created a symphonic repertoire that mixes the best elements of chamber music, jazz, heavy metal, and "religious music.

The group, led by composer Cornelius Boots, must have quite a following, evidenced by the remarkable turnout at a late August performance at The Stone. There the group played material from Agrippa's 3 Books, as well as some older original material and covers. The album is a four-part suite (not including pre- and postlude) inspired by the 16th Century philosophical treatises of the German intellectual. The music is simply remarkable. Boots has the ability to write compelling melodies and mix them with fascinating counterpoints, all while fully utilizing every black laquered inch of the instrument. Stylistically, the pieces owe more to the realm of Black Sabbath than Eric Dolphy, but they're still firmly based in the new music tradition.

The rest of the album is filled out by covers—Sabbath, Sepultura, Spinal Tap—which somewhat diffuse the seriousness of what preceded them. On album, they come at the end as a respite. In performance, they came first, acting as an initiation before the more difficult works. And difficult they are. Never before has the instrument been written for so well and most listeners might not be prepared for so much of this sound. And with a remarkable recording, no detail is missed. A stunning document.