Adam Nussbaum: Back To Basics 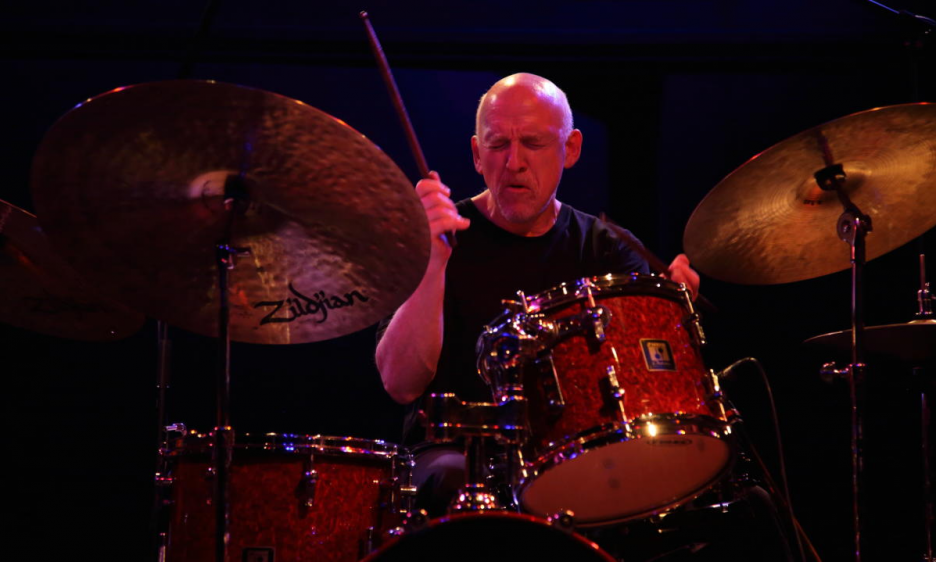 By Ludovico Granvassu
April 5, 2018
Sign in to view read count

Simple is not easy. As I'm getting older, I think I have a greater appreciation for the things that move me on an emotional rather than technical level.

For his first album as a leader, The Leadbelly Project (Sunnyside Records), Adam Nussbaum has decided to focus on one of his first musical heroes, Huddie William Ledbetter, best known as Leadbelly. With an original line-up featuring two guitar players (Steve Cardenas and Nate Radley) and one saxophonist (Ohad Talmor) Adam Nussbaum has chosen to go on a path less travelled, putting aside for a moment his power drumming and going back to basics with a project that prioritizes communication over technique.

To listen to the music of The Leadbelly Project as well as to excerpts of this interview, play the archived podcast of Mondo Jazz (starting at 49:06).

All About Jazz: On the back-cover of The Leadbelly Project there's an image of you posing in front of your extensive record collection and next to the two Folkways albums by Leadbelly, Take This Hammer and Rock Island Line, that at a very age sparked your love for his music. What drew you towards those albums which were part of your parents' record collection?

Adam Nussbaum: Two sides of Leadbelly emerge from the covers of those records. On one of them, he's wearing a bandana around his neck and on the other one he's wearing a suit and he holds a guitar. In my eyes as a little boy the first one portrayed his folk singer side and the other one represented his more urban side, with probably a blues connotation in there. I was fascinated by these records. I listened to them a lot.

AAJ: The blues, especially in its original form, may not be the first genre of music one may think that a five year old would be drawn to. Besides showing that you already had the genes of a musician, what was in that music that caught the attention of five-year-old-Adam?

AN: I just heard a lot of honesty and truth in that music. But it was the whole package that fascinated me. Looking at this man, listening to his music, hearing the purity of it, the honesty of it... These were old folk songs, "Green Corn," "Black Betty," "Bring Me a Little Water, Sylvie," etc. They were easy to understand for a kid of that age. Plus, I think that when you are young, you're very receptive to things. You're still open, things are still new to you. The impression that these things can make on you are more present and more powerful. At that age your mind is a sponge.

AAJ: As leader of this project how did you approach it to stay close to the spirit of Leadbelly while playing it in a very different context like that of jazz quartet with a saxophone playing the role of the singer?

AN: When you have great musicians, you don't need to give them anything complicated in order for them to create something good and express their feelings. We all know that simple is not easy. As I'm getting older, I think I have a greater appreciation for the things that move me on an emotional rather than technical level. Music is supposed to be able to take you to different places as far as how you feel.

AAJ: Is this interest towards the blues something that may reflect a desire for stripping things down, a quest for simplicity in a world like jazz which is often unnecessarily brainy or complicated?

AN: Foundations don't change. They transcend genres and eras. Nobody's complaining about Bach saying he sounds old fashioned. There is a certain quality that gets you. When you hear different people interpret that music, like Pablo Casals playing the "Cello Suite" for instance, you do feel something. In the music of Leadbelly I saw a vehicle that would allow me to collaborate with some great musicians and hopefully come up with an interesting project, because you can really feel something in Leadbelly's songs.

AAJ: How did you come up with this original line up with a saxophone, two guitars and no bass?

AN: I wanted to try to do something a little outside of the box that I'm normally associated with. That's why I decided to utilize this instrumentation with a saxophone and two guitars instead of using a more conventional line up with maybe a bassist. After all, Leadbelly played the 12 string guitar, so I thought it would make sense to have two wonderful six string guitar players [Laughs -Ed.]. Ohad Talmor, Steve Cardenas and {{Nate Radley} are all musicians that are first of all very good listeners and know how to react and respond to each other. That's of paramount importance.

I knew Ohad quite well and I had heard Steve and Nate on the scene and I was sure they would have a good point of view. I really gave them very little direction. That's why I picked them out, because I trusted their intuition and their abilities as musicians. A great band leader tries to get people around him that know what to do and respects their opinion. The best thing a band leader could say to his band is nothing. That's because the band leader should trust what each band member brings to the table. Every time we have played together there has been a sense of discovery. It is an ongoing journey and I think that's something that happens when you have good people that are working together towards a common goal. We all have an understanding of tradition, but we're also not handcuffed to it and we're not afraid to take risks. And I think that that's a very important aspect of what improvised music is about.

AAJ: Even though you've been one of the most active players on the jazz scene for decades, The Leadbelly Project is your first project as a leader. How does being the leader of the project, instead of co-leader or band member, influenced how you approached this recording session?

AN: I don't think it really changed anything. My job has always been to help everybody to play as well as possible, to serve the music. And that means to serve the individuals. If I was playing this music with some different people, I would probably have a different way of interpreting what's going on.

I already organized other projects in the past. You get the repertoire together then you go into the session, you discuss with the band what works and what doesn't. I am very democratic. I listened to what the other gentlemen had in mind and we tried to work together as a group. It's basically a democracy. Maybe I'm the dictator of this democracy, but I didn't change anything in the way I would play on a project. I basically have always tried to let the music inform me. I've always considered myself the third component in the chain. The first thing is the music and then the second component are the individuals and how they interpret that music. And my task is to fulfill what that music and their conception requires.

AAJ: The album sounds like an organic whole and not a collection of songs put together. How did you select the songs for this album from Leadbelly's repertoire?

AN: I tried to also let this project have a feeling where the first song is the start of journey, not unlike that which you embark upon with the first chapter of a book. After all, I belong to an analog generation, we listened to vinyl, we didn't download invididual songs. The first track was the beginning of a story, at the end of the first side there would be a chance for you to catch your breath, turn the record over, and then go on the next chapter and the next part of that whole adventure. And finally the last track would end in such a manner to help bring everything together.

For this album I wanted each tune to be not too long and be able to represent a little chapter in an adventure, in a story. I included songs that I remembered from those two records of Leadbelly that we discussed at the beginning. They are burnt deep within my DNA. I also added some of my compositions, which I thought had a nice simple quality that and would therefore lend themselves to being along with these songs made famous by Leadbelly. "Sure Would Baby," which is my wife's nickname, she's a real treasure for me, and "Insight, Enlight."