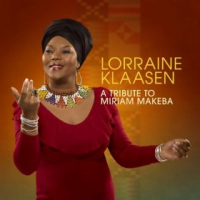 The late Miriam Makeba is a musical hero in her native South Africa, but her importance in the grand scheme of South African history goes well beyond her vibrant vocals. Makeba became a cultural icon and symbol for freedom, fighting the good fight against apartheid for—and with—her countrymen. She was exiled from her homeland because of her public defiance to the status quo, and denied a right of return for decades, but it didn't shut her up or slow her down.

During those wandering years, she formed an artistic partnership with fellow singer-cum-politico Harry Belafonte, married—and subsequently divorced—her South African male counterpart, trumpeter Hugh Masekela, made many recordings of note, and became Guinea's delegate to the United Nations after she moved there with her husband, black activist Stokely Carmichael. Her international profile received a later-in-life boost when she teamed up with Paul Simon for his Graceland tour(s) in the late '80s, but her status in the eyes of the South African people had already been cemented; she was—and always will be—"Mama Africa" in their eyes.

In crafting this tribute, Soweto-born, Canada-based vocalist Lorraine Klaasen sings affectionately and proudly, capturing the resolute and resounding spirit of the woman she called "Auntie Miriam." Klaasen's mother—vocalist Thandi Klaasen—was a close friend of Makeba's, so this isn't an impersonal tribute project; this is Klaasen's ode to a friend, idol, and inspirational figure.

A Tribute To Miriam Makeba is a lifetime in the making, but the seeds for the project were really sown a quarter century ago, when Klaasen shared a bill with Makeba. At that time, Klaasen expressed a desire to cover her work, and Makeba gave the singer her blessing, encouraging her to put her own spin on it. Twenty five years later, Klaasen finally found herself recording Makeba's music and songs made in her image.

Xhosa songs with danceable grooves dominate the first part of this program, but things take a more reflective turn with a disguised protest song ("Lakutshon Ilanga") that sounds like a cross between modern day chanson and an Elvis Presley ballad. Mellow moods still hover as Klaasen delivers "Lorraine," the lone English language number on the album, but they're swept away by the upbeat "Mina Nawe." Spirits remain high as Klaasen encounters Makeba's signature tune—"Pata Pata"—and she rides these waves of energy through until the end of the album.

Klaasen's voice is a bit more broad and sunny than that of Makeba, who possessed a more pointed vocal delivery, but it's easy to hear how Klaasen comes from the Makeba school of singing; passion, power, fire and fun were all cornerstones of Makeba's work, and they carry over into Klaasen's tribute to this larger-than-life figure.