By John Kelman
January 6, 2011
Sign in to view read count 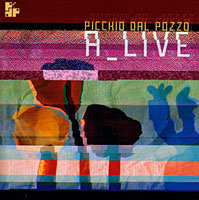 In the continually expanding world of progressive rock—an expansion facilitated through global communities created via the internet over the last decade-and-a-half—it's increasingly common to find groups garnering far more (and, often, well-deserved) attention than they did back in their time. Italy's Picchio dal Pozzo only released two albums back in the day—Picchio dal Pozzo (Grog, 1976) and Abbiamo Tutti I Suoi Problemi (L'Orchestra Cooperative, 1980)—but as its country's only known group to expand on the tradition of British Canterbury groups like Hatfield and the North and, at least in its infancy, Rock in Opposition progenitor Henry Cow, this Italian quartet was ensured a footnote position in the history of progressive rock. New millennium interest in the group, revived through the CD reissue of both albums, and the discovery/release of a thought-lost 1977 "live in the studio" recording, Camere Zimmer Rooms (Cuneiform, 2001), all led to an inevitable band reunion and an album of new material, [email protected] (Auditorium, 2004).

All of which led, perhaps equally inevitably, to a performance at the 2008 AltrOck Festival in Milano, Italy, where the revived PdP teamed with members of Yūgen for a 65-minute set weighing heavily on material from its 1976 debut. A_Live manages to be both reverential in its faithful rendition of tracks like the gentle, chamber-like "Off," which combines Yūgen pianist Pietro Cavedon and bass clarinetist Valerio Cippolone's classicism with PdP bassist Aldo de Acalzi's wordless, Robert Wyatt- and Richard Sinclair-informed "wao, wao" vocals—and more forward-reaching in its expansion of "Merta" to more than double Picchio dal Pozzo's original length, with PdP guitarist Paolo Griguolo's irregularly metered arpeggios and a synth pedal tone creating the kind of hypnotic transcendence of middle period Soft Machine tracks like "The Soft Weed Factor," from Six (Sony, 1973), as a foundation for Yūgen drummer Mattia Signo's powerful kit work.

"Cocomelastico," also from PdP's debut, swings in its own way, with Griguolo and Yūgen'ss Francesco Zago" splitting the originally overdubbed and overdriven guitar parts. With PdP reduced to two of its original members—de Acalzi and Griguolo—along with two new percussionists, its teaming with Yūgen was ultimately of necessity, to provide them with two keyboardists, another guitarist, a reedman and a rhythm section, providing the instrumental/textural breadth to deliver tracks like the ethereal "Lindbergh," a previously unreleased (and, until recently, lost) track from the Abbiamo Tutti I Suoi Problemi session that's closer in spirit to mid-period Henry Cow, but with fewer sharp edges.

Yūgen , whose Uovo Fatali (AltrOck, 2008) was a remarkable follow-up to its 2006 AltrOck debut, Labirinto D'Acqua, adds more than merely a broader palette; its players, like those of PdP, manage to create music that's serious without gravitas. There's no self-indulgence here, only an hour of music that skirts the edges of the avant-garde without losing its appealing accessibility. Picchio dal Pozzo may only represent a relative nanosecond in the evolution of progressive rock, but with its distinct nexus of Canterbury and Rock in Opposition on A_Live, it's now assured a firmer place when the history books are written about this inventive time of resurgence, renewal and revitalization.