Marvin Gaye: You're the Man

BY NENAD GEORGIEVSKI
April 2, 2019
Sign in to view read count 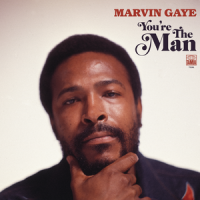 Much has been written over the years about soul legend Marvin Gaye and his contributions to music. There are many artists who could be lauded for their contribution to the art of singing but there aren't many others who have had such a profound effect on music in general with their voice, production abilities, and songwriting skills. He left his indelible mark on popular music and literally transformed the entire recording process for black soul singers, changing the face of Motown and of soul music forever. Those who listened to his songs danced to it and romanced to it during a career that ended abruptly on April 1, 1984, just one day before Gaye's forty-fifth birthday, when his father shot him dead. The story of Marvin Gaye, one of the great and enduring figures of soul music lived a life that was a mixture of bittersweet success and sexual confusion.

Amazingly, Gaye was a very shy man, a musician who grew up a musical prodigy. He first performed publicly by playing the organ in his father's church. His gift took him to his high school orchestra before various vocal groups attracted his interest in his late teens. On a trip to Detroit with one group, he was spotted by Tamla/Motown Records boss Berry Gordy and signed to the label as a drummer. By the early '60s, he was singing, his lush velvety voice making evergreen classics of songs like "I'll Be Doggone" and "Ain't That Peculiar." These were followed by songs like "How Sweet It Is To Be Loved By You," "Ain't No Mountain High Enough" (with vocalist Tammi Terrell) and "I Heard It Through the Grapevine."

In order to celebrate what would have been Marvin Gaye's 80th birthday (on April 2) record label UMC/Island is issuing up a previously unreleased 1972 Tamla/Motown album, You're The Man from one of the most prolific periods of his creative life, the first half of the '70s. The first thing with this long-thought-lost new Gaye release, then, is to recognize where it falls in that chronology in order to understand what he was aiming for at the time.

The success of "I Heard it Through the Grapevine"—it was a monster hit, reaching the top of the Billboard Pop charts and staying there for seven weeks in late 1968 and early 1969—allowed Gaye to escape from the restrictions of the three-minute songs that Motown's productions were famous for. Despite his reputation, Motown wasn't very keen about Gaye ruining its winning formula. But in 1970 he opted to work on a concept album that dragged through the summer of 1970 with additional work being done in the spring of 1971. The end result, the album What's Going On? (Tamla, 1971), was inspired in part by his brother's experiences in the Vietnam War. Gaye delved deeply into political and social consciousness in in this suite of sorts, with innovative music brimming with observations where poverty, loss of faith, despair, ecology and the need for love were the overwhelming themes. Most importantly, the potent lyrics were couched in very accessible upbeat arrangements which seemed to swim along in their own ambiance. David Van De Pitte's skillful orchestration and Gaye's subtle production touch allowed the arrangements to breathe a new clarity.

This album certainly remains as one of the most politically and socially sharp albums of all-time. Though it was reported that Gordy was bewildered by the results, What's Going On went on to become one of Motown's biggest selling albums of all time. Like the Beatles' Sgt. Pepper's Lonely Hearts Club Band (Capitol Records, 1967), it opened up whole new sound worlds, but this time for soul music. Gaye used his newly found confidence to record an album of aural erotica Let's Get it On, but the real icing was the fabulous I Want You (Tamla, 1976), a celebration of his love of Janis Hunter. These were classics as well.

Sometime during this fruitful period, he also recorded the music for You're the Man. In 1972, following the success of What's Going On he was on top of his game. But, the follow up to this record, the pilot single "You're the Man" was a failure on the pop charts and that was the reason for scrapping the entire album. So, apart from the single which was released at the time, the remaining songs got to be released on various compilations over the years. But now they are compiled as originally planned, concept intact. At the time, Gaye's private life was in turmoil and under pressure—his marriage was falling apart, he was under pressure from his label and had fallen into depression.

When reviewing an album from a different era there are two ways of looking at it—firstly, in the context of the times it was made in (and competing with other records from its time) and secondly, from this time distance and separate from its initial context and reacting emotionally to what the songs will bring. For a start, You're The Man is a brilliant record that brims with life. Its subject matter is still relevant today. The music/lyics sound as applicable to today's world as to the one in which they were written. These seventeen songs were crafted and molded with great care for detail and nuance. As a result, each song is a highlight in its own special way. Again the subjects of the songs deal with social issues ("The World is Rated X" and "Where Are We Going"), political themes ("You're the Man" and "I Want to Come Home for Christmas"), personal ("Piece of Clay").

Listening to Gaye, particularly in his prime, in the '70s, is among the best musical experiences that exist. You're The Man is both moving and illuminating, as it fills in a missing gap or a chapter in Gaye's oeuvre.