BY DAN MCCLENAGHAN
November 19, 2002
Sign in to view read count 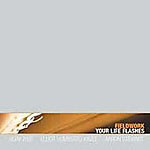 The group's leader (unofficial, perhaps, but he wrote ten of the twelve tunes) is pianist Vijay Iyer, who sounds like a man possessed here. He's from the percussive school of piano. Think Bud Powell, McCoy Tyner, but with an urgency and perhaps an outsider's perspective. As the son of Indian immigrants, Iyer apparently has a deep knowledge of the music from his parents' homeland. And while the influence of Indian music isn't in-your-face on his compositions, it is there in a rhythmic undercurrent, married to a very American groove.

And more than anything, it's this groove suffused with a free jazz clamor that makes this recording so compelling and fresh.

Saxophonist Aaron Stewart and drummer Elliot Humberto Kavee are Iyer's band mates on Fieldwork; and what's interesting about their sound—apart from the driving urgency—is the way the trio shares the rhythm chores. Fieldwork is a densely, deeply polyrhythmic band. While Iyer and Kavee set up a a couple of different grooves apiece, Aaron Stewart's saxophone grit seems to polish the "avant garde-ness" off the overall sound, an attempt to pull it toward the mainstream, before he slips into a rhythm mode and Iyer takes flight.

Your Life Flashes sounds foreign and familiar and avant-garde and mainstream all at the same time. Vijay Iyer has drawn from his experiece playing in Roscoe Mitchell's band, a unit that can do the same thing. With his talent, energy, and brashness plus his outsider's perspective, he is taking jazz on new and facinating tangent. If you're interested in hearing change and innovation anchored in the jazz tradition, Iyer is a player to follow. Start with Fieldwork.