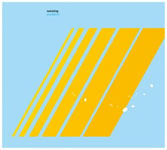 Nothing is exempt from experimentation when it comes to the use of electronics in modern Norwegian music. Earlier this year at Punkt 06, a festival devoted to this phenomenon, Karl Seglem took modified goat horns, fed them through all manner of processing effects, and created something fresh that managed to allude to centuries of folk music—while at the same time exploring sonic extremes that could never have been imagined. On Tromsø native Per Henrik Svalastog's Woodwork, the Norwegian zither and cow and ram's horns are fed through a computer. The result is an audioscape that's more meditative than Seglem's, but just as committed to the rejection of convention and preconception.

This is simple music, more reliant on spare but compelling rhythms than harmonic shifts or strong melodies. Songs unfold gradually, often beginning in near-silence and building to a subtle climax, only to dissolve again into empty space. Simple rhythms layer across each other, often propelled by a single chord that, once processed, takes on greater textural shape. "The Wood Metal Friction combines the delicate sound of the zither with jangling percussion samples that feel remarkably organic. As the song evolves, elemental layers interact to create a more complex, ethereal and hypnotic whole.

Woodwork is engaging in its quietude. Svalastog's strength is his ability to conceptualize the piecing together of small fragments which would seem almost meaningless in and of themselves. When brought together in his hands, they create a trance-inducing whole that's surprisingly difficult to ignore. And when heard with headphones, this recording reveals even more of its dimensional depth: sounds move across the sonic field, but this is no mere gimmickry. Instead, it's more akin to the idea that sounds experienced in life rarely remain in a static position, but change perspective as one moves around.

Despite some distinctly unnatural sounds, Woodwork feels surprisingly organic. Perhaps it's due to the music's foundation in centuries-old instruments. With songs like "Centerline Reminder, based around the simple strumming of a zither, Svalastog evokes warmth redolent of the deep forest, rather than the icy Scandinavian cool that's almost become a stereotype for Norwegian artists to avoid.

The real triumph of Woodwork lies in the fact that this stark music—so steeped in electronics, despite being rooted in acoustic instruments—can feel so warm and inviting. Minimalist composer Steve Reich's recent You Are (Variations) (Nonesuch, 2005) uses a phrase: Say little and do much. That's an apt description of Woodwork, an album which relies on the most elemental of ideas, yet belies greater profundity.