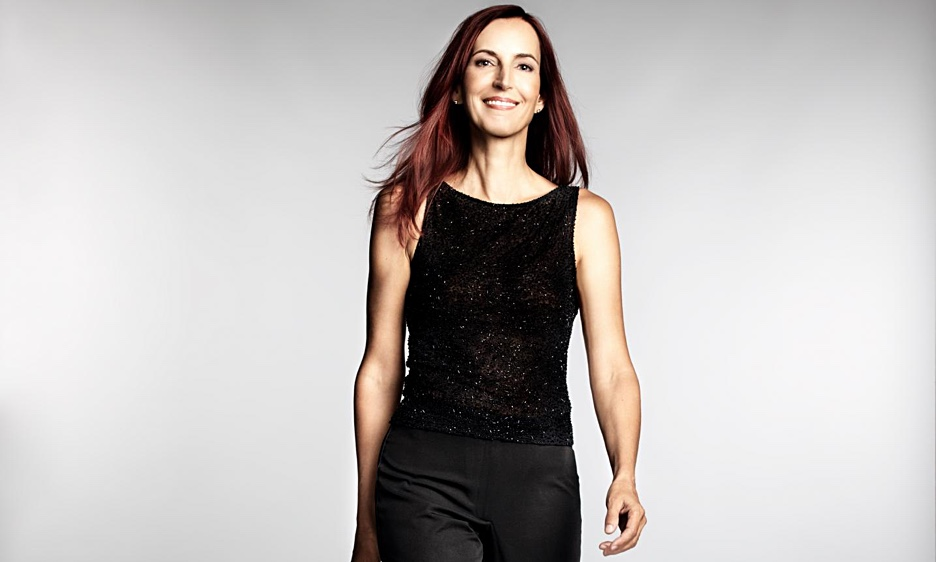 By ALAN BRYSON
August 30, 2016
Sign in to view read count
Music is wondrously implausible, an invisible art form that is arguably best appreciated with your eyes shut. Yet it is equally true that live music, like great sporting events, has the capacity to trigger powerful emotional responses, focus people on the present, and unite a disparate crowd around a shared experience happening on stage. Each approach has its own charm, and occasionally you can shut your eyes during a concert to have the best of both worlds.

Showmanship is generally associated with rock and other commercial musicians, but there are certainly jazz and classical artists whose musicianship is so compelling that it unintentionally achieves a similar effect. Barbara Dennerlein is one such artist. To truly appreciate her talent, you need to see her perform. Thanks to European television and YouTube, millions of people have.

In fact, if you search YouTube for "hammond b3 organ jazz" and sort by view count, not only does she occupy the top two spots, but an astounding four of the top five videos are of Barbara Dennerlein. Even if you eliminate "jazz" from your search, she's at number two just behind Billy Preston, and she still has two videos in the top five.

Fittingly, in 2014 she was inducted into the freshman class of the Hammond Hall of Fame. First round inductees were identified as the pioneers, innovators, and trailblazers who possessed "The Sound," "The Soul," and were "The One." The sound signified that candidates had an immediately recognizable personal style and sound that had become influential over time. The soul signified that inductees had integrated the use of the Hammond in a unique way in whatever genre they represented. The one signified that inductees were identified primarily as Hammond players.

At long last she has released her own high quality multiple camera DVD production that showcases her extraordinary musicianship on Hammond B3 and Pipe organ, and we got the inside scoop on this project. She's no stranger to All About Jazz. Ten years ago we did an extensive profile interview with her, and six years later a video interview. Given all the ground we've previously covered, this interview allowed me to ask her things such as what it's like to be on live television with an obtrusive cameramen looking over your shoulder, or inches away from your hands and feet. How she handles the pressure of live recordings, butterflies, and jitters. There are plenty of recent projects: an old school analog recording date and special vinyl pressing for audiophiles, a very well received Christmas Soul album with six additional musicians on the MPS label, and much more. There are plenty of musical samples, and for long time Dennerlein fans there is a very big surprise about two thirds of the way through.

Note: The video clip below is the top Hammond B3 jazz organ clip on YouTube. If you watch closely, about 25 seconds into the clip you will see the mysterious floating head mentioned in the interview.