By DOUG COLLETTE
February 8, 2020
Sign in to view read count
Blues Deluxe is a regular column comprised of pithy takes on recent blues and roots-music releases of note. It spotlights titles in those genres that might otherwise go unnoticed under the cultural radar. 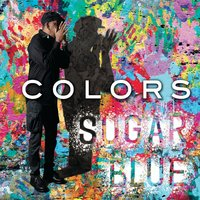 Musiclovers listening to Colors may or may not be aware they've heard Sugar Blue in the past: his was the saucy harp featured so prominently on the The Rolling Stones' "Miss You." Nevertheless, the vocalist/harpist/songwriter wastes no time in reminding of his soulful panache on the Bo Diddley homage "And The Devil Too." Within the pristine clarity of the recording, Sugar Blue, nee James Witing, isn't averse to embarking on sojourns far removed from straight blues: take "Well Be Allright," its gospel inflections enlightened by the singing of the young choir from Sweto, Afrika Riz. Then there's the stately rock of "Bass Reeves," where piano echoes harmonica and vice-versa. The sole cover among the original songs here comes in the form of an adaptation of Junior Wells' cover of the Beatles' "Day Tripper;" the frontman's main axe is ever-present there as it is throughout Colors, but befitting the album's title,the sound is one of a multi-textured mix where, as on "Good Old Days," cheery surprise abounds. 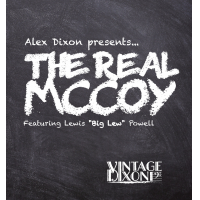 Alex Dixon's lineage may be indisputable, but the grandson of blues icon Willie Dixon still aims to prove himself and succeeds admirably on this fittingly-named record. The rowdy, raucous insistence of the opening track, "Nothing New Under the Sun," belies its own title even as it reaffirms the distinctly earthy essence authenticity of the album and, in much the same way, "Spider in My Stew" reinforces the initial impression of a deceptively vintage sound quality: Dixon's bass resounds as fully deeply and clearly through the salty tones of Sugar Blue's harp playing as the sharp electric guitar of Rico McFarland. If original tracks like the title cut sound familiar, it's only because, for the sake of structure, the band draws on that deep well that is the blues, then infuses the arrangements with honestly and deeply felt musicianship; the two bonus tracks are in line with the other nine, the running times from two to roughly three and half minutes, the sum total of which represents a stellar exercise in economy. 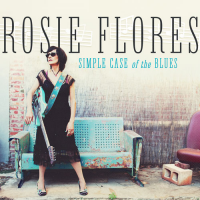 It's tempting to take for granted the ease and self-assurance that pervades this album of Rose Flores,' but that would be a mistake. The potent combination of attributes is rare indeed and virtually glows throughout. From the very first notes sung and played so confidently on "Love Don't Love Nobody," Flores, co-producers/guitarists Charlie Sexton and Kenny Vaughan, plus all the other estimable musicians, suggest they made quick work of sessions in Nashville and Austin that resulted in these eleven robust tracks. It also explains why and how the ensembles in the respective locations ventured into eclectic realms far removed from the saucy likes of "Drive Drive Drive" and "Til The Well Runs Dry." But "Mercy Fell Like Rain" is quintessential rhythm and blues soul music of the highest order, saxophonist Greg Williams, trombonist Paul Deemer and trumpeter Kevin Flatt adding to the authenticity as well as the diversity of this immensely likable record. 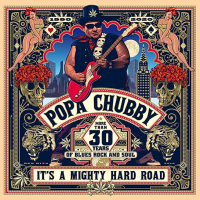 Popa Chubby
It's A Mighty Hard Road
Self Produced
2020

At the outset of the fourth decade in his prolific career, fifteen (!?) tracks certify what an indefatigable proponent of the blues is Popa Chubby (nee Ted Horowitz). There are a few predictable numbers here like the title tune and one of the two covers here, "I'd Rather Go Blind," (written by Leon Russell, Don Nix and Duck Dunn). But there's no denying the fire Chubby and company infuse into their playing on Prince's "Kiss" and their sharp, emphatic musicianship also renders moot the pedestrian nature of some material. Not surprisingly, the self-styled 'Beast From the East' leads the charge throughout with his ringing guitar and his fretwork likewise brightens the pop flavored "Let Love Free The Day:" like the light touch he exhibits on "Gordito," his deft fingering is emblematic of a well-honed style within which Popa's gruff vocals command almost equal attention over the course of this sixty-minutes-plus. 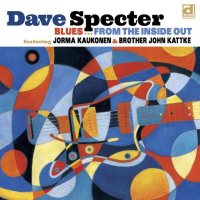 Dave Specter
Blues From the Inside Out
Delmark
2020

Dave Specter doesn't really need the validation of Jorma Kaukonen's presence as player and co-composer on Blues From the Inside Out. But the album still benefits from those contributions of the Jefferson Airplane / Hot Tuna guitarist/songwriter if only because his inimitably understated, joviality adds to the prevailing camaraderie. Replete with mutual inspiration and a healthily-deferential attitude among all the musicians, these dozen cuts also radiate the convivial air of spontaneity that usually arises from an impromptu jam. Only a small handful of tracks fall within a five-to-seven minute playing time, but there's nevertheless an unflagging sense the revolving combinations of instrumental confederates—notably including the frontman's long-time collaborator Brother John Kattke—deeply relish what they're doing. even if they do sound a bit too facile at times as on "Minor Shout"). In marked contrast, he band is loose and limber throughout the instrumental "Sanctifunkious," while "Ponchatoula Way," unfolds as a rightful ode to NOLA, courtesy 'The Liquid Soul Horns.'

Tracks: Nothing New Under the Sun; Spider In My Stew; The Real McCoy; My Greatest Desire; When I Make Love; Howlin' for My Darling; Groanin' the Blues; 10,00 Miles Away; Chi-Town Boogie; I Want To Be Loved; Chi-Town Boogie (Instrumental).

Simple Case of the Blues

Tracks: Love Don't Love Nobody; Mercy Fell Like Rain; I Want To Do More; Simple Case Of The Blues; Drive Drive Drive; Till The Well Runs Dry; If There Was A Way; That's What You Gotta Do; enemy hands; Teenage Rampage; If You Need Me.

It's A Mighty Hard Road

Tracks: The Flavor Is in the Fat; It's a Mighty Hard Road; Buyer Beware; It Ain't Nothin'; Let Love Free the Day; If You're Looking for Trouble; The Best Is Yet to Come; I'm the Beast from the East; Gordito; Enough Is Enough; More Time Making Love; Why You Wanna Bite My Bones?; Lost Again; I'd Rather Be Blind; Kiss.

Blues From The Inside Out

Tracks: Blues From The Inside Out; Ponchatoula Way; March Through the Darkness; Sanctifunkious; How Low Can One Man Go/; Asking For A Friend; Minor Shout; The blues Ain't Nothin'; Opposites Attract; Soul Drop; Wave's Gonna Come; String Chillin.' 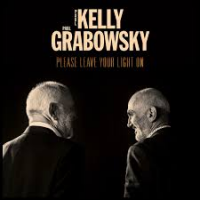