By Dave Nathan
September 8, 2002
Sign in to view read count 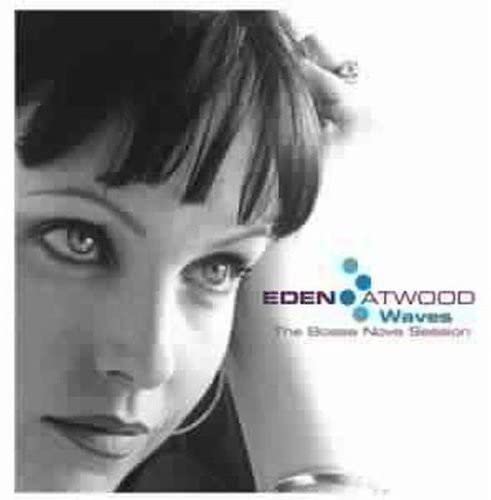 Ever since the 1950's when Brazilian composer Antonio Carlos Jobim, helped along by the seminal Stan Getz, Joao and Astrud Gilberto 1963 recording, Bossa Nova has been woven into the warp and woof of Latin Jazz. After making three albums with Concord Jazz, vocalist Eden Atwood has switched her allegiance to the Groove Note label and has chosen to make the Bossa Nova the rhythmic foundation for this initial outing. Not all of these tunes rely on Bossa Nova. There are standards sung pretty much in a straightforward manner, such as "Don't You Know I Care", "How Deep Is The Ocean" and "Once upon a Summertime". The latter tune is done with a higher than usual feel of poignancy. Eden is never going to overwhelm the listener with the strength of her voice. She relies on the subtleties of the vocal art, the slightly off center phrasing, the curious timing, the occasional slur for emphasis and other vocal innovations that set her apart. You hear some of these special effects on such tunes as the slightly Latinized "He's a Carioca", which features the fine guitar of Anthony Wilson (whose contributions to this album should have gotten him equal billing). Wilson also provides the lead in "Brazil" while Atwood moves forward in her usual an almost girlish manner. Considerable the juice is provided by veteran Pete Christlieb's sax on this track.

There is plenty of good to be found on this CD, certainly more than enough to justify adding to one's vocal collection. But now and them one yearns for Atwood and crew to let their respective hair down and let loose with a blast or two. Learn more about Eden at http://www.edenatwood.com.