Maximize your visibility at All About Jazz by upgrading your musician page from standard to premium. With it, you'll receive All About Jazz home page exposure, a highly stylized / ad-free musician page with bonus features and benefits, an ad, plus you control where you sell your music and so much more.
Learn More
585

BY JOHN KELMAN
February 7, 2006
Sign in to view read count 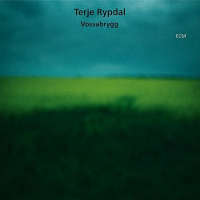 You don't need to know that Vossabyrgg means literally "Vossa Brew" to recognize this homage to the late trumpeter Miles Davis. From the first notes of "Ghostdancing"—which quotes directly from "Pharoah's Dance" on Miles' 1970 classic, Bitches Brew—it's clear that Norwegian guitarist Terje Rypdal is mining turf similar to early records like What Comes After (ECM, 1974). He even emulates producer Teo Macero's editing innovations by returning to the theme two-thirds of the way through the track. Rypdal does it so accurately that it feels like an edit, though this clearly is a live performance, in contrast to Miles' pastiche-like approach.

Rypdal's early albums made clear the significant influence of Miles' late-'60s/early-'70s electric work. Still, ensuing years have seen the references obscured by Rypdal's classical compositional aspirations and a stronger pop/rock approach that exceeds even Miles' desire to work in a more rock-inflected context—two worlds Rypdal amalgamated with great success on If Mountains Could Sing (ECM, 1995).

The clear antecedents of Vossabrygg in the music of Miles don't obscure the fact that this is unequivocally a Rypdal record, transcending mere imitation and applying a distinctive filter. The spacious Nordic cool that has defined Rypdal's work since the beginning—a strange paradox to his often blistering guitar lines—is also in full view on the groove-based "You're Making It Personal."

As is Rypdal's more structured compositional approach. "A Quiet Word" may allude to some of Miles' atmospheric pieces from the Bitches Brew era, but there's a stronger focus right from the start, as opposed to the kind of form created in Miles' work during post-production, through Macero's creative editing.

Nor is Rypdal only looking back. On "Incognito Traveller" Marius Rypdal's drum programming, electronic processing and sampling bring things into the 21st Century—perhaps suggesting where Miles might be were he alive today. Equally, the brief electronic territory of "Key Witness" leads into "That's More Like It," where bassist Bjorn Kjellemyr's hypnotic repetition anchors Wesseltoft's gossamer piano work.

While there are delineated solos throughout Vossabrygg, it's more about creating an aural landscape where the various instruments seem to almost randomly come and go. With distinctive players like Rypdal and Mikkelborg—who wrote "Aura" for Miles in 1984—it's in some ways surprising that, while their voices are never less than clear, the album is more about atmosphere and less about instrumental prowess. It's been too long since Rypdal delivered a real "group" effort, but with Vossabrygg he's created some of the finest music of his career.