BY GENO THACKARA
April 6, 2019
Sign in to view read count
It's all too easy to forget the voice as an instrument in itself—arguably the most expressive one we have, especially if these examples are any indication. Here we have two offerings to remind us what mind-bending possibilities it can offer. 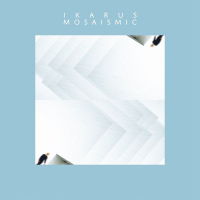 A good architect can build a framework solid and sturdy enough to handle whatever burden it needs to. A truly artistic one can add any shapes and embellishments that might be desired without losing any of the bedrock solidity. Ikarus does much the same thing in musical terms: painstakingly constructed rhythmic patterns and vivid expressive vocalizing somehow come together without a hitch. It's right in keeping with the duality of the title Mosaismic (a mashup of "seismic" and "mosaic")— pairings of very different concepts which all coexist beautifully.

Ramón Oliveras' layered rhythmic constructions are right in the minimalist wheelhouse of their Ronin Rhythm Records label boss Nik Bärtsch, and he and his piano/bass partners navigate a fascinating rhythmic obstacle course you'd need an abacus to count along with. Over that foundation, two stunningly versatile voices (male and female) provide staggered wordless notes, gliding glissandos, small screams, hisses, breath noises and much more in ways percussive and melodic. It's closer to chamber/opera work than jazz scatting, as every sound is placed just where it should be with exquisite precision. However exact it is, though, the vocalizing adds enough human nuance that no amount of calculation overrides their exuberant playfulness.

It makes for a mix full of intricacy and sophisticated fun. The likes of "Oumuamua" and "Iridium" coast and float on the airy side, while "Saiko" and "Mondrian" have the vocalists playing verbal hopskotch like world-class dancers in expert lockstep. "Subzero" offers a soundscape of soft whooshes before pitting the singers in a kind of vocal wrestling match, eventually building to a fever peak of go-for-it excitement. Such occasional texture touches are scattered throughout, which often helps the lineup sound even bigger than a quintet.

While the note structures don't follow obvious chords or harmonies, they don't clash atonally either. Like the rhythms, they stay striking and surprising but not harsh on the ears. It's a mix like nothing else out there—familiar yet challenging, and a weirdly compelling kind of gorgeous. 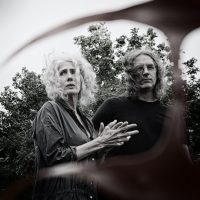 In contrast to the preceding one, this affair couldn't be less calculated—and yet at the same time, it's just as meticulous. What Vanishing lacks in planned structure, it balances out in abundance with painstaking detail. Each expressionistic abstraction here is intended as nothing less than a sonic world in miniature, built with guitar, voice, technology and imagination. The instruments in question are used with extreme finesse to results one would never conventionally expect—always a provocative challenge to ears and expectations.

With a staggering range and control a Tuvan throat singer would be proud of, Fides Krucker's voice is less an instrument than a force of nature. She goes from razor-sharp lines to deep-lunged bellows, light coos, sharp gasps or the breathiest of whispers—mere singing is the least of it. The aimless-sounding vocalese of "Ruins" is a deliberate pattern meant to signify dead languages from cultures lost to time, for instance, shaded in by a desolate echo-scape from Tim Motzer's guitar. With "Rime," the two eke out just the sparsest touch of frozen mist instead.

For his part, Motzer can figure out how to squeeze just about any conceivable sound from simple wood and strings. Occasional melody lines keep the recording from becoming totally abstract, as in the hauntingly dreamlike title track, though the note patterns can still float and fade just as organically as Krucker's dramaturgy. He builds some percussive noises into the soundscape (very lightly shaded with some additional percussion in a couple spots), but any regular rhythm patterns are still mostly airy—at least until the extended "Density" hits, when it thumps underneath layers of speaking-in-tongues ululation and spooky alien static. You can never know what to expect on a journey to such corners of the imagination, except that it's something striking and strange at every turn.