By DOUG COLLETTE
April 12, 2008
Sign in to view read count
Van Morrison's position as one of the leading white soulmen of our times is as firmly grounded as his begrudging acceptance of celebrity status. The Belfast Cowboy so reviles the cult of personality that has surrounded him since his days leading Them, that it has resulted in his steadfact refusal, since the advent of the compact disc, to take advantage of the extensive archiving possibilities offered by the format.

Coincidental with the release of a new album, however, Morrison consented to the remastering and expansion of his catalog—but this is barely more revealing than Morrison himself has been during interviews.

The sound of the newly-digitized discs is sumptuous, but the CD booklets don't contain any historical perspectives from (or about) the artist except, perhaps more tellingly than a self-composed essay, the lyrics to all the songs on the album.

Heretofore-unreleased inclusions are scarce, and are limited to no more than a pair of tracks from the period within which the original album was released. This is no big surprise, given the Morrison's well known drive for perfection; but it may, nevertheless, leave listeners wanting more—at least until they play the remasters, at which point such issues may seem less pressing. 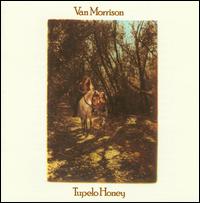 Tupelo Honey is a radiant piece of work, capturing a warm sense of contentment. Its opening track, "Wild Night," is a reflection on rowdy days past, and introduces the infectious high spirits that find their various corollaries throughout the album's ten tracks.

Like the near-religious testament to affection in the title song, "You're My Woman" is less a statement of possessiveness than the communion of souls. "Straight To Your Heart (Like A Cannonball)" is as high- spirited as Morrison has ever gotten and "I Wanna Roo You (Scottish Derivative)" invites ardor in the most good- natured and affectionate sense.

The sum effect of this collection of songs, polished by Warner Bros staff producer Ted Templeman to a high sheen, encapsules a sense of place replete with physical and spiritual satisfaction. Not surprisingly, alternate arrangements of material that appeared on the studio release don't extend that mood. In particular, while the unreleased "Wild Night" isn't flaccid by any means, it doesn't match the taut power of the original. 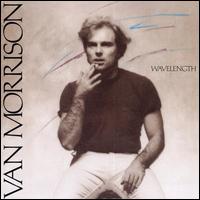 In contrast, the live tracks from Los Angeles' Roxy nightclub on this expanded Wavelength pack all the depth and punch of the studio recordings. The band is clearly well- rehearsed and energized by the emotional level of their frontman, who pushes the boundaries of the arrangements as proof he wouldn't be hemmed in by them.

Meant to recoup a mainstream audience alienated by Hard Nose The Highway (Warner Bros., 1973) and only partially placated by what is an otherwise artistic pinnacle in the form of his definitive live statement It's Too Late to Stop Now (Warner Bros., 1974), the sleeve depicts Morrison, appropriately, in black and white on its cover. Managed at this point by rock impresario Bill Graham, Morrison was aiming for mercenary ratification of his art in no uncertain terms.

Due to the backlash against his aessthetic, from punks and new wavers of the time, Morrison didn't quite get it, though not without trying—and succeeding, at least on his own terms. Borrowing one of his most oft-used motifs, that of the radio as source of inspiration, in its title and fleet tight band work, there's as much introspective soul as such tightly arranged and produced music can contain. As with the best blues and soul songs, skeletal lyrics such as that of "Take It Where You Find It" ignite with feeling and insight when processed through Morrison's voice, while Bobby Tench (once vocalist for Jeff Beck) imbues his fast-fingered guitar solo on the title song with all the joy of the singing. 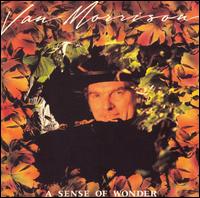 A Sense Of Wonder (with a cover portrait of Morrison smiling broadly, in contrast to the usual dour shots of him) appeared six years later, combining a restored sense of pop structure with the zealous poetic approach of "Tore Down A La Rimbaud." "Evening Meditation" recalled the new age instrumental likes of intervening albums such as Inarticulate Speech Of The Heart, but the direct borrowing of William Blake's "Price Of Experience" Morrison interpolated gave as much credence to "A New Kind Of Man" as he resurfacing of the guttural depth of his singing on much of the album.

The comparative clarity of compositions like the title song, even in alternate form, as well as the sharp production, gives the lie to the theory Morrison's new found religious convictions robbed him of his intensity. This despite the cryptic lyrics of "Crazy Jane And God" and the equally enigmatic photo on the liner, the artist adorned with a cape and a sombrero. 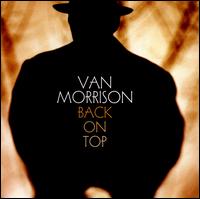 Morrison deliberately invoked his personal muse with Back On Top by forging sparse arrangements of tunes such as "Golden Autumn Day" and "High Summer" that matched the recurring imagery (right down to the evocative cover photos) of the Belfast Cowboy's personal lexicon. Further rendering the title wholly accurate, in artistic terms, a rotating cast of musicians, including steadfast accompanists like saxophonist Pee Wee Ellis, played like a well honed band.

Slipping into a bluesy mood is as much of a comfort zone as Morrison has ever known, which no doubt accounts for the ever-so-hip demeanor he exudes on the alternate version of "Philosopher's Stone." The easygoing assurance of his band on that shuffle also stands him in good stead on the almost, but not quite, cocktail lounge jazz of "Valley Of Tears." As direct an expression of melancholy as a singer can make, Morrison sounds less self-pitying than accepting as he croons so resonantly here. 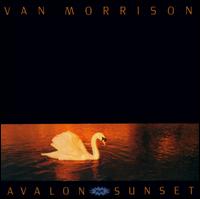 This in distinct contrast to the likes of Avalon Sunset, where the philosophical bent of Morrison's work in the 1980s interwove with his sentimental side, resulting in one of the first soft-at-the center albums that would recur all too often over the intervening years. Speaking all too literally in "Whenever God Shines His Light" as well as "Have I Told You Lately, " Morrison, despite the conventional nature of the string arrangements, could not offset the burgeoning bitterness that would unfortunately become an ongoing theme in his work.

The commercial success of this album was out of proportion to its erratic superficial quality, but Morrison might have cast the whole album in a different light had he included this achingly slow version of "When the Saints (Go Marching In)." It would have effectively counteracted the singsong quality of "Whenever God Shines His Light." 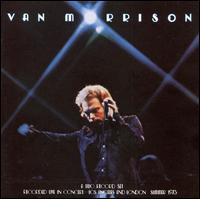 But such less than inviting emotions are perhaps the natural outgrowth of the iconoclasm that made Morrion's benchmark live performances of the 1970s so engrossing. It's never been easy watching Morrison perform, but here on a double set of shows recorded in London and Los Angeles in summer of 1973, a series of personal exorcisms occur on original material such as "Into The Mystic," "Domino" and "St Dominic's Preview," and covers that embrace Morrison's r&b roots ("Bring It On Home To Me" and "I Just Want To Make Love To You.")

The climax of "Cypress Avenue" is so personal an expression it could never be caricatured, but if Morrison had been as willing as well as he was able to play the game of celebrity, and turn the machinations of the star-making machine to his own ends, there's no doubt he might have been aped. That his idiosyncratic nature, not to mention his unwillingness to compromise, would not allow such broad recognition of his work and his image is just one of those ironic and self-limiting phenomena of pop culture.

The sole bonus track here, "Brown Eyed Girl," is a significant addition to It's Too Late To Stop Now, because it proves Morrison could effectively revisit his earlier material if he chose. The sparse horns and boogie-woogie piano directly linked his band's style of the time to his post-Them solo pop hit of 1967, while Morrison himself is as deeply engaged in the flow of the performance as his band. He is not by any means just going through the motions.

Yet it doesn't render the best of his work, as represented on these remasters, any less durable and certainly no less memorable. While this first batch, spanning tenures on three different labels, does not include benchmarks of his mainstream fame (Moondance, Warner Bros., 1970) or his artistic apogee (Astral Weeks, Warner Bros., 1968), those will no doubt appear in subsequent releases and hopefully contain the level of detail they deserve. Or knowing Van Morrison, perhaps they won't.

Tracks: Wild Night; (Straight To Your Heart) Like A Cannonball; Old Old Woodstock Starting A New Life; You're My Woman; Tupelo Honey; I Wanna Roo You (Scottish Derivative); When That Evening Sun Goes Down; Moonshine Whiskey; Wild Night; Down By The Riverside.

A Sense Of Wonder

Tracks: Tore Down A La Rimbaud; Ancient Of Days; Evening Meditation; The Master's Eyes; What Would I Do; A Sense Of Wonder; Boffyflow And Spike; If You Only Knew; Let The Slave (Incorporating The Price Of Experience); A New Kind Of Man; Crazy Jane On God ; A Sense Of Wonder.

Tracks: Goin' Down Geneva; Philosopher's Stone; In The Midnight; Back On Top; When The Leaves Come Falling Down; High Summer; Reminds Me Of You; New Biography; Precious Time; Golden Autumn Day; Philosphers Stone; Valley Of Tears.

It's Too Late To Stop Now

Tracks: CD1: Ain't Nothin' You Can Do; Warm Love; Into The Mystic; These Dreams Of You; I Believe To My Soul; I've Been Working; Help Me; Wild Children; Domino; I Just Want To Make Love To You. CD2: Bring It On Home To Me; Saint Dominic's Preview; Take Your Hand Out Of My Pocket; Listen To The Lion; Here Comes The Night; Gloria; Caravan; Cypress Avenue; Brown Eyed Girl.

Visit Van Morrison on the web