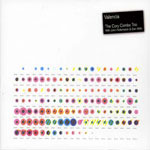 Valencia is a trip through the eclectic mind of Cory Combs, a terrific bassist and a mean cellist. Combs and the other members of his trio, drummer John Hollenbeck (of the Claudia Quintet) and saxophonist Dan Willis, are all graduates of the Eastman School and have been playing together since then.

Combs says that he wrote the pieces on Valencia with Hollenbeck and Willis in mind, and the sensitivity and cohesiveness of the group is impressive. The seventeen individual tracks include four collective improvisations ("Tiny Insects," "Heavy," "Sunny Disposition" and "Free #4 V. 2"), which range widely in style, structure and mood.

Always accessible, the flow of the pieces might remind some of David Aaron's Cynical Rat Bastard (but in a subtler way) in that there is a lot of music strung together in a sort of stream-of-consciousness manner. As the tracks flow on, different images, moods and styles come and go jumping back and forth decades effortlessly. The trip is a lot of fun, and the album will most certainly be played again and again.

Combs' instruments, and what he does with them, is quite impressive. Playing what sound like fretless electric basses of enormous depth but crystal clarity, Combs fills out the entire bottom end, allowing Hollenbeck to be light and float around Willis' smooth-as-silk reeds.

The obvious center of the record is "Amnesia," which clocks in at just over eleven minutes. Willis makes the most of the time, playing continuous variations on the pretty melody with an extremely smooth soprano sax sound. "Monk in the Red Wagon," however, shows that he can play as well as anybody with that late night sexy sound, while on "Heavy," a bluesy free improvisation, he sings the midnight blues.

Combs' cello playing is evident on the short, eerie and wide-open "The California, Wyoming Border," where he gets a very solid sound, showing that this instrument is not just some sideline. One of the most interesting pieces is "Know What the Dream Was?", in which Combs follows his daughter's speech patterns and pitches on bass, demonstrating the musicality of speech.

Never sitting still, with one surprise after another, Valencia shows that jazz continues to adopt many and varied means of expression. Recommended.

Money In Your Pocket And A Room With A View; Monk In The Red Wagon; Tiny Insects; Amnesia; The California, Wyoming Border; Foreign Postmark; Heavy; Victory Lap For The Sporting Individual; Wind Up Monkey; Know What The Dream Was?; Miyazaki; Sunny Disposition; Sometimes It All Falls Into Place-The Dogs Are Groomed And Well; Free #4 V.2; 1974; Absinthe; Miyazaki Reprise.