BY ANTHONY SHAW
November 22, 2013
Sign in to view read count 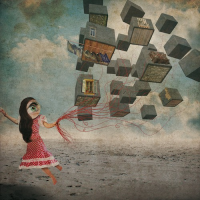 Despite its ambitious, other-worldly title, this album by the young Swiss piano trio is a very grounded product, highlighting the compositional skills of its leader Stefan Aeby. On this his second album with the trio, Aeby continues his relaxed, sometimes lugubrious style of tune, making for a selection of tracks that meander along well trodden routes but also can bring the listener up short.

"Bruine," the sixth track, epitomises this with a languorous fade out that tempts the listener repeatedly to check that the disc is still playing, before merging directly into the combatively assertive "Riot" where Aeby takes on his rhythm section's grinding riff and gradually worms it into submission. The source of the convoluted percussive resistance appears to be the trio's former drummer Julius Sartorius, now replaced by fellow countryman Michi Stulz.

This is a very engaging disc, from the heady opening "Vevey" through some minimalist, delicately treated sounds to the final gentle chords. Aeby's partnership with bassist André Pousaz continues where it left off on the previous album in 2010 Are you..? His steady phrasing brings the album to its mellow conclusion, with Aeby's melodic but cheeky, light runs never stretching the envelope more than it can bear.