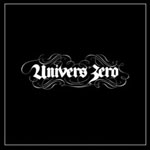 Historic significance cannot be measured in sales. Music often progresses in near anonymity, its true impact only apparent years after the fact. When Univers Zero released its first untitled album in a tiny run of five hundred copies in 1977, it reached few ears. Those hearing it, however, knew that this was something that had not been heard before. By combining a guitar-based rock trio with instruments usually associated with classical music, UZ was far more than a clichéd, Ekseption-like attempt to "rock up the classics." Instead, by avoiding traditional rock posturing, UZ created a new kind of chamber music for a new assemblage of instruments.

Releasing nine albums since, culminating with the outstanding Live (Cuneiform, 2006), UZ's debut remains both benchmark and landmark. Reissued numerous times over the years, most often as 1313 (the catalogue number from its first issue), this definitive version finally presents this unprecedented music the way it was meant to be heard, clarifying how—emerging out of nowhere with little history to precede it— UZ has been so vital in changing the way chamber music is perceived.

UZ's music was an antecedent for the kind of instrumental and stylistic interspersion considered normal today by groups including Bang on a Can and Alarm Will Sound. Henry Cow's complex, abstruse writing meets Bartok, Stravinsky, Messiaen and Ligeti, but with hints of early music, especially in UZ's use of spinet and harmonium.

With deep, inevitably detailed writing leaning towards the darkly dramatic, composed by drummer/percussionist Daniel Denis—the band's only constant—and guitarist Roger Trigaux, their "learn as you go" methodology makes UZ's unequalled vision all the more important. There's nary a backbeat to be found—not until Denis reformed UZ for The Hard Quest (Cuneiform, 1999), in fact, did a more overt rock stance emerge as part of UZ's complex complexion.

The remastered remixes of the album's five tracks, from the original multi-track tape, reveal previously unheard detail. On Denis' fifteen-minute episodic "Ronde," the presence of the percussion, the rich percussiveness of Michel Berckmans' bassoon and rough edges of Marcel Dufrane's violin lend greater intensity and brightness to the colorful soundscape. Despite UZ's preponderance for composition, improvisation is a component, with Dufrane's solo on "Rondo" a confluence of low-register melody and gradually increasing extremes, synchronously supported by Denis' near-anarchistic percussion and bassist Christian Genet's swooping glissandi.

Despite occasional stylistic links, Univers Zero always spoke (and continues to speak) with its own voice. This welcome reissue confirms, once again, that in 1977 a nearly unheard-of group was creating a new kind of chamber music that, in its inclusion of rock instrumentation and the occasional rock stance, would be a blueprint for classical music of the 21st century.