By IAN PATTERSON
December 31, 2016
Sign in to view read count 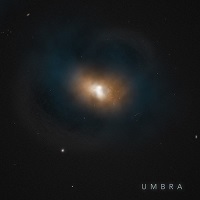 Dublin guitarist/composer Chris Guilfoyle 's Umbra has been around for half a decade, so its debut album can be seen as the product of patience and endurance. Critically acclaimed performances at the IMC's Down With Jazz and 12 Points festivals, as well as Bray Jazz, have helped raise the band's profile, but with band members not always residing in the same country, gigs have been too infrequent and tours too short for a combo of such evident talents. Forty minutes of music may seem short by today's glutinous standards, but the quality in Guilfoyle's writing, the exuberance in the improvisations and the collective energy on display make for a highly satisfying listening experience.

The twin horns of Sam Comerford and Chris Engel on tenor and soprano respectively, combine to effect much of the melodic and harmonic shape of the music, frequently augmented by Guilfoyle who acts as a third horn. The three-pronged attack on "Trail of Thought" shifts from the sombre, almost fugue-like intro to a knotty melodic passage punctuated by spiralling solos from Engel and Guilfoyle. All the while bassist Barry Donohue and Matthew Jacobson light rhythmic fires every bit as driving and as serpentine as the melodic course.

Guilfoyle leads from the front on the episodic "Return Address," his dizzyingly fast runs contrasting with the pedestrian pace and abstract ruminations that follows. A looping guitar motif anchors the ensemble as Comerford tears loose with a solo at once abrasive and lyrical—a fist in a velvet glove. A fluttering, breathy coda like slumbering beasts draws a line under this distinctive number. "Mathematicaster"—a staple of Umbra's live shows—features Engel at his most expansive, the South African soprano player balancing passion with great technical control. There are runs out too for Jacobson and Guilfoyle on a tune that nevertheless sticks in the memory as much for its defining melody and underlying groove.

The loosely ruminative horns and guitar intro to "Three Thing," underpinned by the quietly infectious groove plied by Donohue and Jacobson on brushes, gradually gives way to more clearly defined form. Riffing horns and singing guitar lines precede a melodious bass solo, shadowed by Jacobson's bouyant stick-work. The horns and comping guitar re-enter, Engel and Comerford slipping in and out of unison before a sudden slamming on of the collective breaks.

"Three Moths" follows a not dissimilar blueprint, the ethereal opening of washing cymbals, gentle arpeggios and subtle horn voicings soon supplanted by Guilfoyle's chordal direction and Jacobson's scintillating drum 'n' bass patterns. Comerford and then Guilfoyle stretch out with bass and drums for company, the former's expansiveness juxtaposed against the latter's economy. Unison horns provide a bridge to Comerford's repeating guitar motif, a touch of delightful pop-ish levity that acts as a springboard to an animated ensemble finale, which peters out gently.

Sophisticated yet accessible, unpredictable yet always grooving, Umbra's debut is a striking exhibition of ensemble power and finesse and vitally expressed individual freedom.