BY JOHN EYLES
July 1, 2021
Sign in to view read count
When Another Timbre released its groundbreaking ten-album Canadian Composers Series in 2017 and 2018, the record label made a subtle point by including two albums each from composers Linda Catlin Smith and Cassandra Miller. Smith's album Dirt Road had already been issued by the label in 2016, but Miller's two albums in the series—O Zomer! and About Bach—were her very first. During a Lifetime by Toronto-born Berlin resident Chiyoko Szlavnics ensured the series had a 50/50 gender balance.

Of course, as demonstrated by the booklet accompanying the series, the composers' genders were not an issue, but their nationality was: the point was to highlight the number and variety of under-recognized Canadian composers, a point emphasized by the booklet's list of those not included in that first series but who should be part of any future series. 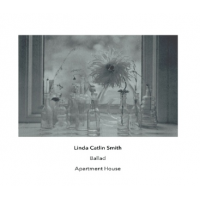 Ballad brings Smith's tally of releases on Another Timbre to a respectable four. The album's two tracks, totaling 56 minutes, were recorded in March 2021 at Goldsmiths Music Studio in London. "Through the Low Hills" and "Ballad" date from 1994 and 2005, respectively. The explanation for this apparent dusting down of archived pieces is that they both feature piano and cello and were composed for Smith's classical cellist brother, Andrew. His own world premiere concert version of "Ballad," with Eve Egoyan on piano, was released on Maria de Alvear World Edition in 2010.

The two pieces on this release differ in intent. For the 45-minute "Ballad," Smith was extending herself into a longer work to make a piece that could be an entire concert. For the ten-minute "Through the Low Hills," she was working with a very restricted vocabulary, "a process of constrained variation."

In the capable hands of Anton Lukoszevieze's cello and Kerry Yong's piano, the two pieces sound as if they were written to be played together. Each work savors the combined sounds of the two instruments complementing one another in a tranquil soundscape. As Smith has said of the title piece, "In the end, it is a ballad about the cello and the piano, and the way I hear them together."

Intriguingly, Andrew Smith's 2010 "Ballad" assigned titles to subsections of the piece. "As Though With Eyes Closed" and "Whistling In The Dark" hinted at the music's sense of relaxation. No such titles are used in this newer version; none are needed as the music conveys such moods effortlessly.

In the Canadian Composers Series booklet, Barbara Monk Feldman was listed as good enough to appear in any future composers series. Monk Feldman studied composition at Montreal's McGill University in the early '80s and earned a Master of Music degree. At the University of Buffalo from 1984 to 1987, she studied with Morton Feldman (whom she later married) and earned her PhD on the Edgard Varèse Fellowship.

Despite having a successful academic career and composing many pieces that have been performed around the world, Monk Feldman has a relatively small discography, which makes Verses a particularly welcome release. The album's five pieces vary in length from under five minutes to over thirty. All were composed between 1988 and 1997.

As with the album above, the compositions seem well-selected to fit with the musicians. The formidable duo GBSR, comprising percussionist George Barton and pianist Siwan Rhys were impressive on Oliver Leith's Good Day Good Day Bad Day Bad Day (Another Timbre, 2020). For this release, the duo is joined on one track by Apartment House violinist Mira Benjamin. Two tracks feature Rhys alone on piano, "Verses for Vibraphone" has Barton alone, and the opener is "Duo for Piano and Percussion." On each track, the quiet restraint of Monk Feldman's music is conveyed sympathetically by the two; it feels as if they have totally understood the composer's intentions.

The lion's share of Verses is taken up by the 31-minute trio piece "The Northern Shore." The Barton-Benjamin-Rhys trio proves just as suited to Monk Feldman as before. Sounding in touch with each other's instincts, they give a performance that will be hard to better. Verses is highly recommended for those who are already Monk Feldman aficionados or those who wish to discover her music.

Tracks: Through the Low Hills; Ballad.

Tracks: Duo for Piano and Percussion; Verses for Vibraphone; The I and Thou; The Northern Shore; Clear Edge.