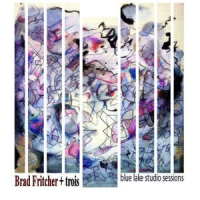 Collectif Polysons is a French Collective that, as the liner notes to Tribute to Soft Machine Live a Le Triton 2002 describe, "consists of four musicians-soloists- composers, exists as a forum involving various guest artists who assemble for concert events with one common denominator: improvisation." So when Polysons recruited two ex-Soft Machine members, bassist Hugh Hopper and saxophonist Elton Dean, for this tribute to one of Britain's most influential historical jazz/rock outfits, they became Polysoft, performing their tribute first in '98, and then again in '02, when this concert was recorded.

Tributes can be a challenge. How to capture the group's essence without sounding imitative? How to distil their work to its fundamental, while at the same time imbuing it with something new to give a life of its own? Fortunately, Polysoft and Soft Machine's primary raison d'etre, especially in the period covered by this tribute, is one and the same: improvisation. Yes, Soft Machine was also about strong, sometimes frighteningly complicated arrangements, but at the end of the day their freedom and exploratory verve really defined what they were about, especially in concert. Recruiting Hammond organist Emmanuel Bex, who had no prior knowledge of Soft Machine, coupled with the distinctive musical personalities of Collectif Polyson—drummer Francois Merville, trumpeter Serge Adam, saxophonist/flautist Jean- Remy Guedon and saxophonist Pierre-Olivier Govin, players with a stronger sense of the jazz tradition than most Soft Machine members, excluding Dean—assured that this would be no mere simulation. Instead, Polysoft takes some of Soft Machine's more well-known (and a few lesser-known) pieces and bring them into the 21st Century with invention and liberty, two other appropriate descriptions of the Softs.

With material culled from the Soft Machine catalogue between Volume Two and Six , the entire period in which Hopper was a member, Polysoft retains enough of the arrangements and riff-based improvisational sections to feel reverential. And with a three and sometimes four-piece horn section, the material takes on a broader palette. Soft Machine was augmented with additional members for a brief time, but Polysoft extrapolates how they would have been as a larger ensemble for their entire existence, with tight horn arrangements of such classics as Hopper's oblique "Facelift" and Softs keyboardist Mike Ratledge's minimalism-meets- groove "Chloe and the Pirates." Elsewhere Ratledge's "Gesolreut" begins as the funky piece that it is, but breaks down into a freer exchange between Govin, Bex and Merville. Hopper's "Dedicated to You But You Weren't Listening" is interpreted as a piece for wind ensemble, with no rhythm section lending it forward motion: a clever chamber-like reading of what was originally a pop tune.

Elsewhere Ratledge's "As If" and "Slightly All the Time" are performed with the perfect blend of respect and irreverence. Tribute to Soft Machine stunningly demonstrates that the Soft Machine repertoire is rife for modern treatment, and not just one for historical reference; hopefully other contemporary groups, looking for meaningful source material, will look to this influential yet too-often overlooked band for inspiration.

Facelift Intro; Facelift; Chloe and the Pirates; Gesolreut; Pig; Dedicated to You But You Weren't Listening; As If; Kings & Queens; Slightly All the Time; Noisette 1; Backwards; Noisette 2.