By Don Phipps
November 5, 2019
Sign in to view read count 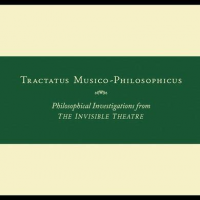 John Zorn begins his 38-minute musical treatise, Tractatus Musico-Philosophicus with a bitten reed while racing up and down the keys of his saxophone. What remains is some of the most interesting music in modern jazz—a wonderful treatise on the absurdity of life. Zorn wrote and plays all the instruments on this fascinating album—and the soundscapes he creates run the gamut from harsh confusion to mellow contemplation.

Zorn's collage of sound creates a bold and awakening listening experience. At times his keyboard playing can sound like Paul Bley, searching in the darkness for some form of intimacy. Voices arise in the background—like someone speaking to you in a dream. There are the occasional shrieks and utterances like "logical forms are without number," "belief in the causal nexus," or simply the letter "m." You can hear soldering. Crickets. Howls of some wolf. Heartbeats. The sound of vinyl spinning on a turntable. An organ that suggests a soap opera surprise. And, best of all, you get Zorn's wailing saxophone!

One certainly can be entertained by the novelty of this endeavor. But it goes much deeper. This is an assault on consciousness—a consciousness that remains grounded in the mundane effort of living in alienation. There is at times an expressed anger—as though Zorn is shaking his fist at what he sees around him. One can at times hear growls beneath an extended distorted guitar line—as though food is being devoured like a pig might eat slop. Birds tweet angrily—disturbed from their nesting into worry at some predator. Most unusual are the use of "game" calls—who else uses sounds elicited by tools that lure animals to their death?

In short, Tractatus Musico-Philosophicus represents another step in Zorn's evolving vocabulary—a vocabulary rich and suggestive, symbolic and surreal, sinister and absurd. It is as if he has left the world of music as we know it and is on his own personal trajectory. We the listeners are better off because of his journey.