By Joel Roberts
November 8, 2004
Sign in to view read count 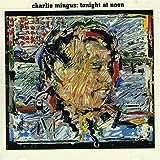 A valuable reissue for Mingus fans, Tonight at Noon compiles five tunes originally recorded for two of the great bassist's most important album's, 1957's The Clown and 1961's Oh Yeah. Though the two sessions cover somewhat different stylistic ground, they blend together seamlessly and amount to much more than a haphazard assemblage of dusty outtakes.

The earlier session is the more restrained of the two, with Mingus and a typically responsive quintet (trombonist Jimmy Knepper, alto saxophonist Shafi Hadi, pianist Wade Legge and drummer Dannie Richmond) expertly weaving a path between the extremes of European impressionism (on the haunting "Passions of a Woman Loved") and hard bop (on the fast-paced title tune). The 1961 date is a more freewheeling journey into the blues and gospel roots of jazz via Duke Ellington, with Mingus switching to piano (an instrument on which he was more than proficient) and handing the bass duties over to Doug Watkins. The hard-swinging group also includes Mingus stalwarts Knepper and Richmond, along with the dynamic saxophone duo of Booker Ervin and Rahsaan Roland Kirk.

Though most of the compositions on Tonight at Noon are not well known (with the exception of "Peggy's Blue Skylight" from the 1961 session) and several make their only appearances in the Mingus catalog here, there's certainly nothing second rate about these tunes. Along with the time limitations of the LP era, one gets the impression that, if anything, they were left off the original albums because they were even more provocative than the selected cuts. This is vital, exciting music.