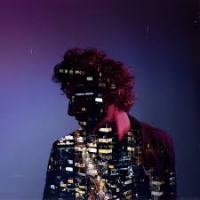 Romain Collin's head must be one fascinating place to live. From the glimpse he reveals on Tiny Lights..., it's an experience like an ongoing film full of colorful action and almost nonstop excitement. His fourth release has him spinning aural gold out of energetic rock, groovy jazz-fusion and electronic trance that almost risks getting too smart for the dance floor. This vivid whirl through the imagination is equal parts bouncy, brainy and beautiful.

The titular lights represent positive impulses or sparks of inspiration. In the same way, Tiny Lights... is built around a story about self-discovery and the ultimate realization of dreams. Even without reading the actual narrative vaguely described in the CD liner, a listener can have no problems picking up on the driving force behind the music and the inclusive spirit underlying it all. The pulse is often body-movingly primal while the compositions go from turbulent to effervescent. Collin spins fascinating ear candy out of each evocative motif, knowing just when to simmer down, hit a big chord or take off flying.

The basic motifs here are often simple and catchy while the production is much trickier than it first sounds. The leader starts by driving hard with crunchy guitar and propulsive drums spiced up with electronics; on the next track his understated piano patterns move to the fore over a subtle techno loop before some sporadic electric screeching notches up the noise. Obed Calvaire deftly handles acoustic drums when called for and also keeps the electronics from getting too static as programmed beats might. Rounding out the core trio on guitar, Matthew Stevens provides both the album's juiciest rackets and some of its most understated shadings.

The overall tone is ultimately uplifting, even though the compositions often lean toward minor modes and the finale is as ambiguously unresolved as real life itself. Collin seems determined to bring out the positive—sample "Dark Matter" for one defining example, as minor sweeping orchestral strings eventually follow his gentle tumbling piano to a place that's calm (if not entirely settled). From simple meditations to pulse-pounding flights, Collin's sonic visions are epically cinematic without resorting to bombast. Tiny Lights... is a thrilling work that boldly reaches for the sky and ends up soaring most beautifully.