Nickel Creek: This Side 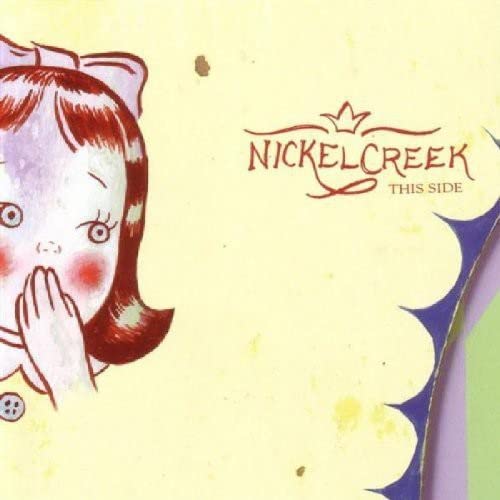 Bluegrass wunderkinder return with a much different take on bluegrass.

Nickel Creek’s newest release, This Side, is a definite extension of their self-titled first recording and Chris Thile’s and Sean Watkin’s most recent recordings ( Not All Who Wander Are Lost and Let It Fall, respectively). This Side boasts plenty of the trio’s trademark acoustic magic with some electric guitars, strings, and Beatlesque melodies and harmonies thrown in.

If Nickel Creek was characterized by the sweetness of "The Lighthouse’s Tale," This Side is characterized by the edginess of "Spit on a Stranger." Even the overt bluegrass pieces ("Smoothie Song," "This Side," and "House Carpenter") possess a certain minor-key darkness tempered with acerbic sense of humor. This music is not mean-spirited, simple informed and suspicious.

Only a single instrumental here, the group and its producer, Allison Krauss, opting for the lush and intelligent harmonies to smart songs. Far and away the most original of all of the offerings is the hillbilly nightmare of Carrie Newcomer’s answer to Son House’s "Death Letter" entitled "I Should Have Known Better." Sara Watkins’s singing up and the boys singing down in front of some frighteningly dissonant strings make it very apparent that some wood alcohol got into the moonshine.

When considering the bulk of what passes for popular music today, it is very easy to listen to Nickel Creek and have the epiphany that this trio’s music is the most original and daring being made. Excellent, excellent recording.

Smoothie Song; Spit On A Stranger; Speak; Hanging By A Thread; I Should