Joyce Cooling: This Girl's Got to Play

BY BRIAN SOERGEL
August 8, 2004
Sign in to view read count 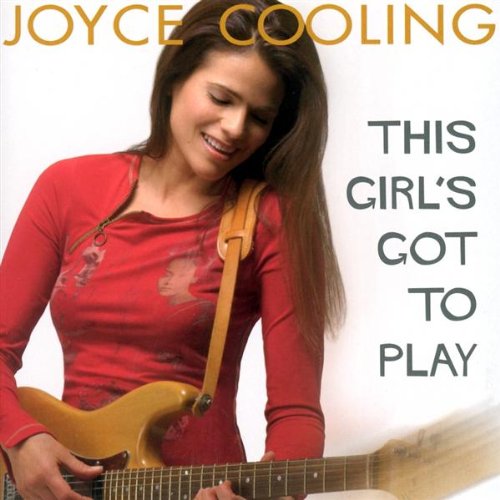 Guitarist Joyce Cooling continues her particular smooth jazz style on her fourth CD, with plenty of tight grooves, clean electric and acoustic guitar runs, an occasional blues, rock or Brazilian aside, and several chances to display her jazz-style vocals.

Cooling and partner/producer/keyboardist Jay Wagner breeze through nine diverse tracks that have plenty of hit potential, beginning with the opener, "Expression." Cooling trades acoustic and electric riffs, and Wagner keeps time on the keyboards, as is their style. Wagner also plays some bouncy solos. Another potential smash is "Camelback," a rump-shaker with a blues-lite groove. Add a come-hither piano solo, and you've got a song perfect for that Saharan camel ride you've always wanted to take.

The title of "Green Impala" gives a clue to its content—it's a funky ride down Main Street, accompanied by a right-on drum loop. "Toast & Jam" says it all too: a thumping bass beat by Nelson Braxton, bluesy organ riffs. Here Cooling shows her unabashed love of pure funk. The vocal tune that works best is "Take Me There," with Cooling's refrain on the title unobtrusive while she stays within herself vocally. "No More Blues" works also, because Cooling sings likes she's having a conversation, and it goes well with the jazz beat burnished with Alan Hall's brushed drumstrokes.

The autobiographical title track gives a glimpse into Cooling's inspirations. The lyrics are revealing, as she allows for some insight into her struggles as a pretty woman struggling to break into instrumental music: "They said, put your guitar and sing/just look real cute and entertain/sorry, honey, it ain't my thing."

"Natural Fact," the last vocal track, is another slice of funk with some wonderful trumpet playing by Bill Ortiz. Subtract the vocals, however, and you'd have a head-boppin' drums-and-bass ambient and chill gem.

Expression; Take Me There; Camelback; No More Blues; Green Impala; This Girl's Got to Play; Toast & Jam; Natural Fact; The Wizard; Talk

In addition to All About Jazz, Brian contributes to JazzTimes, smoothvibes.com, Smooth Jazz News, and SmartJock.com.