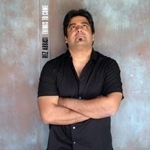 It may be a new day in America but we're all still keenly interested in identity. This is a statement of sociopolitical reality, but it is also an observation of musical trend. In the liner notes for Things to Come, guitarist Rez Abbasi writes about recording music that "is neither jazz nor Indian; it has its own identity." In order to understand this statement, it is worth mentioning that Abbasi is an accomplished guitarist of Pakistani ancestry and his group made up of musicians of both South Asian descent (saxophonist Rudresh Mahanthappa and pianist Vijay Iyer) and American jazz musicians (bassist Johannes Weidenmueller and drummer Dan Weiss). However, there is little in their latest recording to suggest they were influenced by anyone other than the canonical jazz greats, which is a shame.

The music is good but not great and the compositions show a lack of newness that could be forgiven had Abbasi and his band not already teased listeners with tracks like "Within Sanity," which does demonstrate a willingness to color outside the lines and be influenced by the world; there is a narrowness to the music that disappears when Abbasi becomes looser and allows Iyer and Ahluwalia to take the starring role and play.

Identity, real or perceived, is nothing to stay away from in a record and it might improve an already good album by an already accomplished musician.