Like its more jazz-centric regular issues, ECM's New Series—which has focused almost exclusively on classical composition, with a strong predilection for contemporary writers like Arvo Pärt and Giya Kancheli—has provided safe haven for projects that blur the boundaries of strict definition. Cellist Anja Lechner and pianist Vassilis Tsaboropoulos' Chants, Hymns and Dances interpreted the music of G.I. Gurdjieff with a more openly improvisational aesthetic that, in its combination of reverence and irreverence, paid the best possible tribute to Gurdjieff's more free-spirited and unschooled manner. Likewise, Pärt's Alina, perhaps the best example of his reductionist tintinnabuli style, is an understated work that's meant to be felt as much as heard in its delicate beauty.

There Is Still Time, featuring music composed and performed by cellist Frances-Marie Uitti and text written and spoken by Paul Griffiths, also challenges rigid categorization, even as it clearly fits within the contemporary composition purview represented by the New Series. Any preconception that an album of spoken word and solo cello is inherently self-limiting is laid to waste by the rich diversity Uitti and Griffiths have created.

Uitti is a cellist renowned for unconventional techniques that broaden the sonic possibilities of her instrument—including a multiplexity that allows her to create the impression of a larger string section in real time, without the use of overdubbing. And as much as she is known in the classical world, she's also recognized as an innovative improviser, as evidenced by her duet with bassist Mark Dresser, Sonomondo (Cryptogramophone, '00).

Griffiths' range is equally broad. In addition to over thirty years as an astutely observant music critic, he's written a number of novels, including the Commonwealth Writer's Prize-winning Myself and Marco Polo, and librettos, including Elliott Carter's What Next?. Griffiths enters the realm of performer for the first time on There Is Still Time, whose germination dates back to '97, where he first encountered Uitti.

In an unconventional move that is perfectly in keeping with the unorthodoxy of the performance, Griffiths has taken the speeches of Ophelia from Shakespeare's Hamlet—all 482 words of them—and created his own text, using only those words, but expanded and reworked into a greater context. With a minimalist sensibility, Griffiths often builds his text on repetition, gradual addition and permutation, finding innovative ways to express a myriad of emotions with a restricted vocabulary. His delivery ranges from gentle whisper to impassioned power.

Uitti's music integrates seamlessly with Griffiths' text. Ranging from the disturbing chaos in parts of "When This Is Over to the near-ambience of "I Cannot Remember, Uitti primarily utilizes a modal tuning that allows her to apply her extended techniques, including the use of two bows simultaneously, to evoke everything from gentility to intense drama.

Unorthodox even for ECM's unlimited world view, There Is Still Time is a vividly visual recording, with Uitti and Griffiths' performance building a compelling narrative that resonates long after it's over. 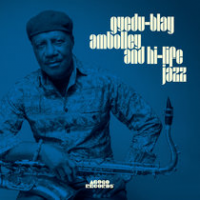