By John Kelman
February 4, 2006
Sign in to view read count 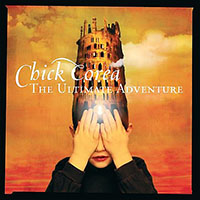 Some artists find it enough to find their niche and work it over the course of their entire career, refining it in ways that keep it fresh but still inherently focused. But there are also others whose voracious musical appetites compel them to explore a wider musical world, all the while evolving an instantly recognizable voice. Over a lifetime, they continue to find new sources of inspiration and fresh ways to broaden their viewpoint, still managing to remain consistent and focused within their already established oeuvre.

Now in his sixties, pianist Chick Corea shows no signs of either slowing down or settling into any kind of comfort zone. Individual projects have demonstrated very specific focuses—the acoustic chamber music post bop of his Origin sextet, the free explorations of Circle, the elegant interplay of his duet with vibraphonist Gary Burton, the pedal-to-the-metal fusion of his middle-period Return to Forever group with guitarist Al DiMeola. Others have been reflective of grander designs. Concept albums like The Leprechaun (Polydor, 1976) and The Mad Hatter (Polydor, 1978) blended lessons learned from his fusion outings and the organic nature of his acoustic work with more ambitious writing. The most consistent of such recordings was My Spanish Heart (Polydor, 1976), where Corea brought his own distinctive narrative voice to material informed by the music of Spain.

His latest release, The Ultimate Adventure—like last year's Elektric Band reunion album To the Stars (Stretch)—draws its inspiration from the fiction of L. Ron Hubbard, Corea's Scientology mentor for the past 35 years. But here Corea brings together a larger cast of players, reuniting him with old friends like drummer Steve Gadd and flautist Hubert Laws, as well as more recent acquaintances, like woodwind multi-instrumentalist Tim Garland and the group that accompanied him on the recent Rhumba Flamenco.

Like his '70s concept albums, The Ultimate Adventure aspires to find the nexus point of Corea's many musical worlds, but while some of the textures on those earlier releases have ultimately become dated, Corea's use of technology here is integrated more seamlessly. When blended with acoustic piano, woodwinds and a host of percussion, the synthesizers, Fender Rhodes and electronic percussion blend naturally, completely devoid of the excesses that Corea has sometimes been accused of in the past.

While many of Corea's past interests are in evidence, The Ultimate Adventure also moves forward as he explores the music of North Africa, filtered through his own distinctive lens. It's more heavily percussion-oriented than anything he's done before—with as many as three percussionists and five pairs of hands clapping. The result is completely captivating: challenging yet accessible, a perfect combination of head and heart.

Consolidating his career, bringing together musical friends past and present, and making significant steps forward in its blend of detailed composition and improvisational prowess, The Ultimate Adventure proves that it's possible to continuously broaden one's musical horizons without losing one's voice in the process. A career-defining release from an artist who has already shaped and reshaped the course of modern music more often than most.