BY MARK SULLIVAN
October 9, 2017
Sign in to view read count 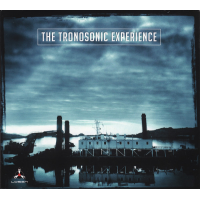 Norwegian quartet The Tronosonic Experience describes the music on their debut as "punk-jazz-avant-rock," which about covers it. Opener "Die Streif" comes storming in with a heavy bass line and an emphasis on the rock end of the spectrum, including blazing distorted guitar from Oyvind Nypan. It shows a completely different side of his playing from his recent modern jazz date Stereotomic (Losen Records, 2017).

"Maelstrom" (the only song composed collectively instead of by bassist Per Harald Ottesen) develops more gradually—but it builds to outside, energy playing from saxophonist Ole Jørgan Bardal and more rock (this time with wah-wah pedal) from Nypan. Quieter, more deliberate tunes like "No Country for Young Men" and "Light as a Feather, Heavy as a Lead Balloon" place more focus on Bardal's saxophone playing, while also giving Nypan a space for more reflective guitar work.

The trio introduction to "A Quiet Flame" could be an ECM track (perhaps by Jakob Bro or Bill Frisell): things heat up a bit with the saxophone entry, but the piece remains melody-driven, even during the fiery simultaneous guitar and saxophone solos. The closer "Catching The Nile Perch" again finds the band blending rock and jazz, with drummer Iver Loe Bjørnstad kicking things along in partnership with Ottersen's bass. The entire album is a wonderful blast of energy, reminiscent of some of fellow Norwegian Terje Rypdal's most direct ECM albums.

1 Dier Streif 2 Maelstrom 3 No Country for Young Men 4 Light as a Feather, Heavy as a Lead Balloon 5 The Crossing 6 A Quiet Flame 7 Catching The Nile Perch

About Per Harald Ottesen