By Doug Collette
May 27, 2018
Sign in to view read count
One of jazz music's most durable and venerated instrumental formats, the piano-led ensemble, trio and otherwise, has proven flexible beyond its surface simplicity, particularly in the hands of ingenious musicians like Fred Hersch, Joey Alexander, Eliane Elias and Renee Rosnes. Such composers/players, along with their esteemed accompanists, have optimal opportunity to bring their intrinsic creativity to flower in utilizing the sparse lineup and, in so doing, further bond with their bandmates. The musicians also continue to hone their collective and individual instincts via arrangements that highlight the virtues of the material as well as the technical expertise brought to bear on it. Artists like these thus freshen their own overall approach to music-making within a concept that, for an avid listener, can serve a function similar to cleansing the palate at a bountiful repast. 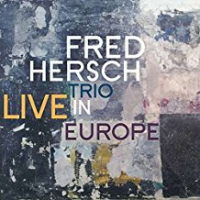 In his essay for this release, Fred Hersch notes he and his trio didn't know they were being recorded. Yet the pianist and bassist John Hebert and drummer Eric McPherson nevertheless exhibit an ingenuity here similar to that captured on previous concert titles such as Sunday Night at the Vanguard (Palmetto, 2016). In fact, the threesome's shared history (including this date near the end of a tour) leads to even more finely-honed intricacy of interplay. The performance is thus fully deserving of the raucous applause offered from the audience, itself a borderline jarring sensation given the quiet dignity in Fred Hersch's playing. And because the leader elicits a similarly understated formality from his comrades, the threesome don't so much dazzle their listeners as exalt them, in an ever-so-unobtrusive fashion. 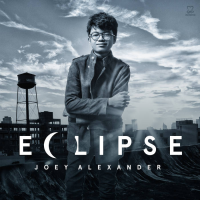 As if any reaffirmation of Joey Alexander's talents were required, the presence here of high-profile accompanists supply all that's necessary. Yet what's impressive isn't so much the billing of the fourteen-year-old pianist with bassist Ruben Rogers, drummer Eric Harland and saxophonist Joshua Redman, but the shared and comparable level of technique and savvy they display in their instrumental interactions. Healthy, vigorous interplay abounds, without a whit of reticence to impede stretching the musicians' capabilities or the potential of the material, a potent combination of original compositions like the titletune or challenging covers including Bill Evans' "Time Remembered" and John Coltrane's "Moment's Notice." Joey Alexander's displayed multiple virtues during the course of his admittedly brief career to date, but Eclipse allows the diminutive prodigy to emphasize his command as an authoritative bandleader. 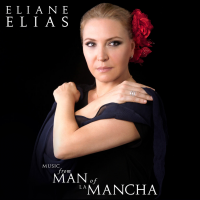 The inventive reinterpretation of standards is one of the most venerated traditions in jazz, but it's usually reserved for a single tune, rather than a healthy cross-section of such material. Pianist Eliane Elias is nothing if not ambitious, though, so it comes as little surprise she would select an album's worth of excerpts from this famed stage play, arrange it for a small ensemble and then enlist the assistance of truly stellar musicians for the invigorating reworking(s). Bassists Eddie Gomez and Marc Johnson, drummer Jack DeJohnette and percussionist Manolo Badrena contribute not just their technical gifts, but their respective spirits to this session, the result of which is execution as clear as the concept as originally envisioned in 1995 with Elias' collaborator in the project, composer and co-producer Mitch Leigh. 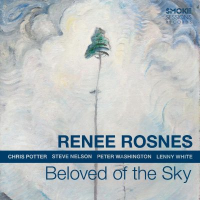 Equally vigorous and reflective, often in quick succession, pianist/composer Renee Rosnes reaffirms her virtues as a writer, player and bandleader here. No doubt it helps that, as with saxophonist Chris Potter, she shares a longstanding collaborative relationship. But her synchrony with vibraphonist Steve Nelson is no less empathetic than the connection she continues to nurture here with drummer Lenny White. All those players, as well as bassist Peter Washington (whose presence is deceptively forceful) contribute to an album that redefines the truism about the whole greater than the sum of its parts. And, for all the technical expertise and attention to detail of the arrangements, there's a delightfully loose feel to the playing that makes this record an unmitigated joy.

Music From Man of La Mancha

Tracks: To Each His Dulcinea; Dulcinea; What Does He Want of Me; The Barber's Song; It's All The Same; I'm Only Thinking of Him; Man of La Mancha (I, Don Quixote); The Impossible Dream; A Little Gossip.

Beloved of the Sky

Tracks: Elephant Dust; Scorned as Timber, Beloved of the Sky; Mirror Image; Rosie; Black Holes; The Flame and the Lotus; Rhythm of the River;The Winter of my Discontent; Let the Wild Rumpus Start.