BY WALTER KOLOSKY
April 3, 2004
Sign in to view read count 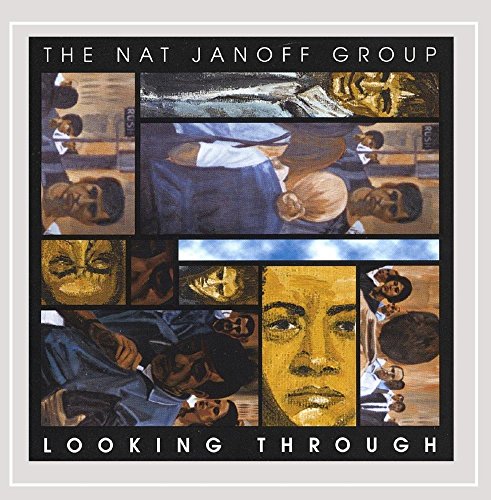 Better late then never. I have some vague recollection of being contacted by Mr. Nat Janoff several years ago by phone and being asked to review this CD. For one reason or another, it never happened. Upon my favorable view of his most recent recording, Nat & Jake- Live , I decided to go back and give a listen to this 1999 release. I am glad I did.

The Nat Janoff Group features Janoff on guitar, McLaughlin and Hancock alumnus Matthew Garrison on bass and Gene Lake, son of sax star Oliver, on drums. Janoff seems able to seamlessly transfer from one school of jazz playing to the next. The title cut features Janoff as fusion star. The next piece, “Room With a View,” has him playing beautiful jazz chords and some tasty, relaxed riffs before he and Garrison get adventurous. “Horizon” sounds like something John McLaughlin might have put on his masterpiece Extrapolation in 1969. Janoff overdubs himself on “Three Sunsets” in another piece worthy of being also included, despite its electricity, on side two of another McLaughlin LP, My Goal’s Beyond.

Matthew Garrison gets a lot of space on this album and he doesn’t disappoint. His playing is lyrical and forceful without being bombastic in any way. He is truly capable of being the leading voice on any tune. On “Home” he actually plays the Pat Metheny part. Gene Lake has a similar musical background to Dennis Chambers, but he seems to have lighter hands. To these ears he is very strong on his cymbals and can reach down for some punch if needed. He is a dominant force on “Orange.”

Janoff’s compositions are very strong and provide the players with plenty of material to exploit. This is an outstandingly diverse album.

I’d like to make two additional points. I noticed as I was writing this review that in order to try to convey the sound of Janoff’s and Garrison’s playing I had to be comparative. I wish there were adequate words to describe an individual style in music. I just don’t think there are other than to say someone’s playing is “unique.” I mean what does that really mean? So for the record, Janoff isn’t John McLaughlin; he has his own style. But if you like John McLaughlin, chances are you will like Janoff!

I also want to commend Janoff on releasing a CD that has just over 30 minutes of music on it! I know I am speaking in the minority, but I have had my fill of 70 minute CDs. How can you sit down and listen to one of those? Who has the time? Why is it necessary, and all the great stars do it, to fill every possible minute available? Art shouldn’t be created that way. I say, you always leave them wanting more. I checked the CD after it appeared to end early because I thought something was wrong. When I saw that nothing was, I smiled.

Visit Nat Janoff on the web.