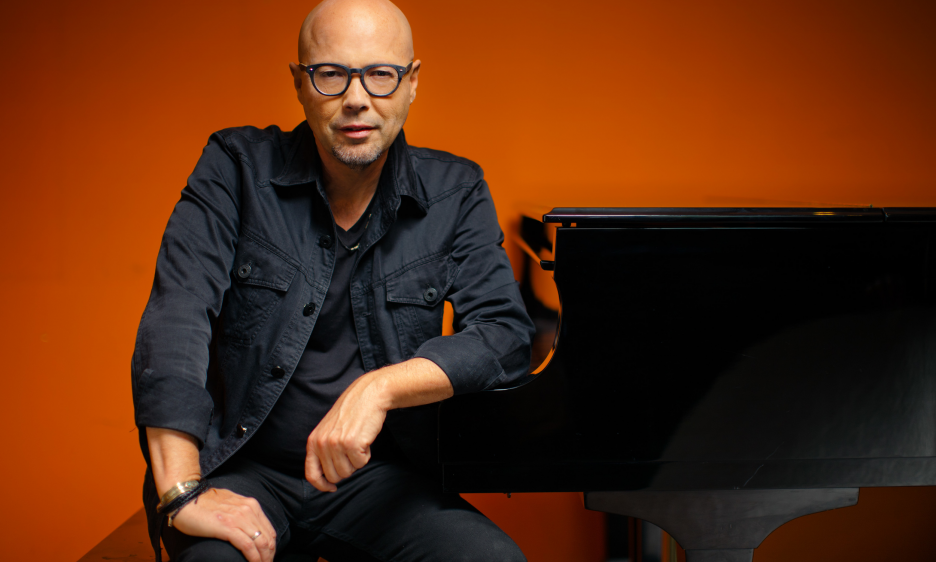 It all made for a thoroughly enjoyable evening of jazz music. Captivating!
—Jimmy Haslip

If you are familiar with John Beasley's MONK'estra, then you may understand my excitement level at the prospects of seeing and hearing his music in a live show. The brilliance of Thelonious Monk's compositions propelled by the power and sass of big band swagger. This recent performance took place at The Barclay Performing Arts Center on the campus of UC Irvine. The city of Irvine is located on the south end of Orange County, about forty miles south of Los Angeles. Indeed, four or five members of the sixteen-piece orchestra, are from Orange County. With geography covered, let's get back to music.

Pianist, composer, and Grammy winner Beasley, has a sixth sense when it comes to the grasp of Monk's inherent genius. In 2015 he formed MONK'estra with a group of musicians that are genuinely appreciative of Monk's work, and of Beasley's innate skillset for writing arrangements. When you read or speak about Monk, the word quirky almost always comes up in description of many of his tunes and/or of his mindset. The fun and cleverness of it all is celebrated in a "go big or go home" setting. Three records later, John Beasley Presents MONK'estra Volume One (Mack Avenue, 2016), John Beasley Presents MONK'estra Volume Two (Mack Avenue, 2017), MONK'estra Plays Beasley (Mack Avenue, 2020). the band continues to just blow doors on the road.

Musician, producer, composer, and three time Grammy winner Jimmy Haslip was in attendance, and stated that it was "an exquisite and glorious concert filled with magnificent arrangements of not only Monk's music but also Billy Strayhorn/Duke Ellington, and originals by Beasley himself. An interesting and compelling repertoire filled with wonderful performances and solos by all the musicians—an incredible gathering of the finest players."

From their most recent record, Monk'estra Plays Beasley, the tune "Steve-O" kicked off the show in heart-pounding style. The Beasley composition is named after saxophonist Steve Tavaglione. While It certainly had the saxophones tearing it up, the highlight was a crisp solo by veteran trumpeter Brian Swartz. A Monk classic, the swinging "Little Rootie Tootie," is given a reggae-jazz makeover. Many solos brewing, as is the case, obviously throughout an evening of big band bliss. The great tenor saxophonist, Bob Sheppard, put down his horn and slid into a standout solo on flute. Bassist Edwin Livingston switched over to electric bass. He traveled that two-way road back and forth from his double bass seamlessly all through the evening. They slowed it down with Monk's beautiful ballad "Ask Me Now." It had been recorded on the first MONK'estra record. The mostly soft-and-sweet number was gloriously run through a myriad of changes. The woodwinds were equally graceful as they were strong and gripping. Beasley hit it out of the park a couple of times with stunning solos on his prototype EWI. His instrument has stellar tonality. Primarily for synths, here Beasley used harmonica samples, to achieve the sound mix he was searching for. Unlike most EWI's, Beasley's design has piano keys instead of sax fingering. The pace was hot, time flew by. A funky take on "Brake's Sake," with high-flying saxophone solos engulfed by fiery rhythms led us to the break, both satisfied and hungry for more. It was hard to believe that the band had played for an hour.

After a fifteen-minute intermission, the sixteen-piece ensemble returned to the stage with "Donna Lee" in hand. The Charlie Parker and Miles Davis composition was reimagined by Monk. It has long been one of the most famous jazz tunes and has been recorded by many artists. Beasley's arrangement won him a Grammy for 2021 Best Arrangement, Jazz Instrumental, or A Cappella. It just had to be included in this performance. Sequencing it to kick off the second half was a wonderful call. We were pleasantly drawn back into the mood for high-end jazz at the snap of his fingers. Beasley's extensive soloing on piano was dynamic in that he honored Monk, while still retaining his own voice. He also framed the many sax solos, as well as Sheppard's flute. The Latin expressionism had Donna dressed in stunning new attire.

Yes, it was time to breathe in a ballad. A Beasley original, "Song for Dub" brought out the woodwinds, piano, and alto flute for solos that sweetly fell into a collective breath. Only later did I realize that "Song for Dub" had also followed "Donna Lee" on MONK'estra Plays Beasley. Announcing that a Duke Ellington song was next created a buzz. They went right into "Silk Lace" with a groovy, slightly modernized mindset. The woodwinds, the piano, and trumpets were once again brightly engaged. It was the genuine energy and spirit put into an Ellington composition that made it special on this evening. This continued to be the case as they heart-fully immersed themselves into another hour and fifteen minutes of joyful rhythms and swing. Altogether, a two-hour-and-fifteen-minute performance—notable in the ninety minutes world that has been in place for several years now.

"Rhythm A Ning" is among Monk's finest compositions. It's certainly a tune that demonstrates Monk in the heart of his element. This arrangement by Beasley is off the charts (okay, let's go with pun intended). Full blast jazzy swing with everyone aboard the train. Swartz steps up with another "just killin' it" trumpet solo. But it was the five-piece saxophone section in front that blew my mind, in addition to their horns. Tom Luer, Danny Janklow, Sheppard, Kirstein Edkins and Adam Schroeder trading off solos in faster, faster, and fastest mode. Thirty two bars, with Beasley indicating when to switch from eight bars, to four, and to two. The flawless improvisations wound up the song and the crowd, now on their feet for a much deserved standing ovation. This was a scintillating show stopper. A powerfull energy-packed adrenaline rush conclusion. Only, it wasn't.

The crowd wanted more, and what a treat to hear "Round Midnight" on this sensational night. Monk composed the epic piece in 1944. It proved to be successful for Miles Davis and a host of other jazz cats. Here they had fun with it, taking it out for a funky spin. The rhythm section of Livingston and drummer Terreon Gully driving the directional compass and adding their own voices to the conversation, as they had done from the beginning. These cats were in the pocket big time, allowing their band members, which also included trombonists Francisco Torres, Ryan Dragon, Wendell Kelly and Lemar Gulliary and trumpeters Ryan DeWeese, James Ford and Brandon Phillips, to just lock & load and swing!

Another brief encore with Beasley softly soloing midnight melodies, seemed to echo thank you, we're so glad you enjoyed, and goodnight. Indeed it was mentioned earlier in the evening, their appreciation for the turnout amidst high gas prices, a rough economy, etc. But this was a joyful night in celebration of the music of Thelonious Monk. An excellent pianist and composer, Beasley shines brightest on his arrangements. His skillset in that area places him at the top with the industry's best. He writes arrangements for many orchestras and symphonies around the world. With Monk'estra he is brilliantly able to keep all of Monk's intentions, his fun, his quirkiness, his offbeat patterns, everything that is Monk, and bring it all into big band arrangements. It's the fabric of Thelonious Monk painted on a larger canvas and rolled out on stage with vigor and intelligent enthusiasm. Haslip later added "that it all made for a thoroughly enjoyable evening of jazz music. Captivating!" 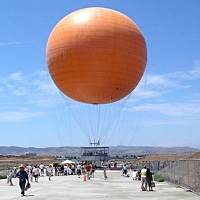 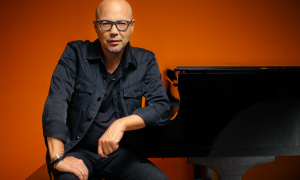 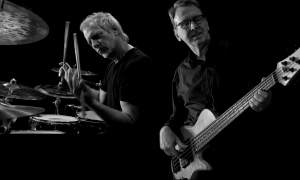 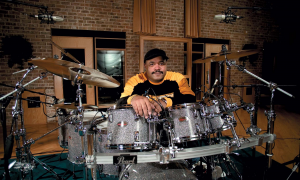 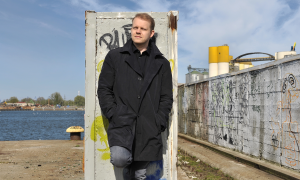