Larry Brown Jr.: The Music and The Moment

By HRAYR ATTARIAN
February 7, 2016
Sign in to view read count 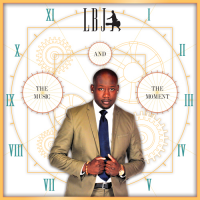 With his second release as a leader The Music and the Moment guitarist Larry Brown Jr. deviates stylistically from his debut, the delightful and stimulating There Can Only Be One (Self Produced, 2011). While the previous record was firmly rooted in the hard bop mainstream spiced by various influences, the current one is an amalgam of popular genres delivered with jazz inspired sensibility.

For instance, the R & B-ish, undulating "The Return of the Gentleman" coalesces around Brown's eloquent and swaggering spontaneous lines. Guest trumpeter Marquis Hill blows a melodic and warm improvisation that meanders around the rhythm trio's percolating beats without wandering far from the main theme.

The psychedelic "Foreigner," meanwhile, brims with cinematic sound effects courtesy of multi-instrumentalist Ben Joseph. The resulting haunting ambience serves as a backdrop for Brown's intriguing, rock-influenced chords and hypnotic vocals that expand over the band's pulsating vamps. Brown showcases his singing skills elsewhere on the CD as he duets with soulful vocalist Meagan McNeal on the exquisite and playful "Obsession"

In the hands of a less accomplished artist the inclusion of so many various musical types may result in a messy, unappetizing hodge-podge. Brown, however, superbly pulls it off thanks primarily to his prowess as an instrumentalist and his ability to highlight common threads among the pieces.

The Music and the Moment is clearly not for purists. It is, however, an engaging and pleasant album by an exceptionally talented musician. It is Brown's attempt at a more universal form of creative expression. Despite its considerable charm it is, hopefully, a diversion and not a permanent change in Brown's career path.

Language of The Unheard; The Return Of The Gentleman; Foreigner; Dream Chasers; My Love, My Life, My Everything; Obsession; Yes; Through; U.

Title: The Music and The Moment | Year Released: 2016 | Record Label: Self Produced