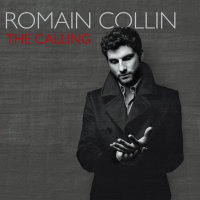 In the dense jungle of the jazz piano trio, unearthing and successfully making heard an original voice is no small feat. Romain Collin caught the attention of many with his debut, The Rise and Fall of Pipokhun (Fresh Sound, New Talent, 2009), a mellow yet ambitious conceptual suite that marked the New York-based Frenchman as a pianist and composer of note. Collin's innate lyricism shone through from his keys, as did a rare delicacy of touch that conveyed emotional power in even the quietest moments. The Calling bears many of the same hallmarks, though post-production work—or sound design as Collin refers to it—brings greater textural depth and moods to these 12 striking compositions.

The punchy dynamics of the short opener, "Storm," provide something of a statement of intent. Eschewing conventional jazz idioms, the song is an atmospheric power-piece built upon Collin's grand, spacious motif. Recorded newsreel, barely voiced guitar and subtly layered drone-like electronics lend an urbane tone. That Collin spent two weeks in post-production sculpting the sounds—compared to just two days of recording— not only says much about Collin's modernistic approach to making music, it also speaks volumes for the care invested in the sonic presentation. Such attention to detail has paid handsome dividends, as clarity, depth and warmth of sound are constants throughout.

Collin's classical leanings color much of the music. The elegant title track has a quietly stated baroque grandeur which never fully concedes ground during Collin's free-falling improvisation. The elegiac, almost hymnal quality of "Greyshot" and the moody "Aftermath" point more directly to European church music as a source of melodic inspiration, though both pieces are equally informed by subtle layers of cello, guitar and programming. However, a decade in New York has also left its mark, and the limber "Runner's High" features intuitive, mid-tempo interplay between the pianist, bassist Luques Curtis and drummer Kendrick Scott. Similarly, "Burn Down" bristles with invention and small-club energy and features a powerhouse solo from Scott.

Collin's interpretive skills shine on singer/guitarist John Mayer's "Stop This Train," a beautifully delicate reading given sympathetic support by Scott's deft hand percussion. Pianist Horace Silver's "Nica's Dream" seems tailor-made for Collin's light, caressing touch. On both these tunes Collin is faithful to the composers' melodies, embellishing just enough to leave his own delectable stamp without hijacking the mood of the originals. Collin exhibits broad compositional vision, gliding from the bustling, straight-ahead "Pennywise the Clown" and the lilting "Strange" to the extended, more linear "Airborne." The achingly beautiful "One Last Try" closes the CD with exquisite solo piano, and makes for a sharply contrasting bookend with the opening dramatics of "Storm."

With The Calling Collin has raised his own bar. Touch, compositional flair and technique all seduce, but are trumped by the emotional strength in Collin's writing and playing. Still in his early 30s and immersed in a plethora of widely varying collaborations and projects that can only further broaden his musical palette, the possibilities now seem endless.