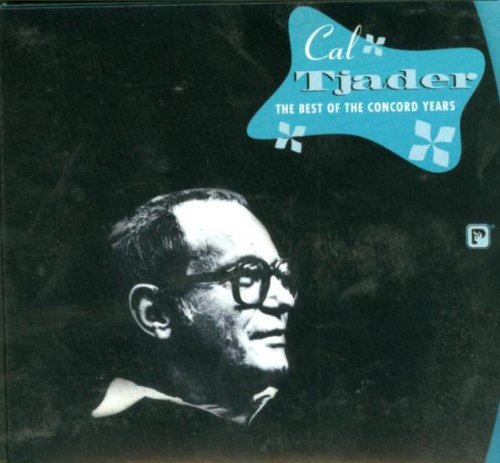 The Best of the Concord Years celebrates the acclaimed composer, bandleader and vibraphonist Cal Tjader’s last four years, 1979 through 1982. Tjader combined Latin, be bop and cool West Coast themes into an inspiring and influential blend of some of the best modern recordings of jazz.

This double disc package opens with two Mark Levine penned tunes, “Serengeti” and “Linda Chicana.” Both of these recordings set a tone that the remaining recordings easily follow: simply nothing short of great music from great musicians. These recordings, from the 1980 release La Onde Va Bien, feature not only Tjader on vibes and Levine on piano, but Roger Glenn on flute and Pancho Sanchez on congas and percussion. This recording was not only the bow for Concord Picante, but also was awarded the 1980 Grammy for Best Latin Recording, so you know these are top-notch recordings.

Other highlights from this collection full of highlights include Tjader’s version of the standard “Besame Mucho,” his signature tune “Guachi Guaro” and the funky Latin soul workout on Stevie Wonder’s “Don’t You Worry About A Thing.”

This collection highlights a career that displays his importance in the fusion of Latin into American music, especially in jazz. While the beacon shines brightest on artists like Dizzy Gillespie, Tito Puente or Arturo Sandoval, Concord’s entire collection should add Cal Tjader’s name to the top of the list of other influential Latin artists in America. The entire presentation is classy and beautiful and should help in supplementing his legacy. The artwork and design displays an artist of importance. The liner notes are above board and without a doubt the music plays like a single great recording and not just a look back at an artist’s time with a particular label. A true template for an excellent reissue.