The Art of Conduction

BY RICCARDO BRAZZALE
June 30, 2017
Sign in to view read count 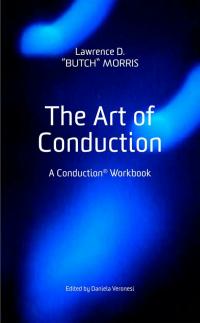 Lawrence Douglas "Butch" Morris was undoubtedly one of the most unusual and, at the same time, influential figures on the "New Jazz" scene of the last decades.

Born on 10 February 1947 in Long Beach, California, he was a cornetist but also, and especially, a composer and conductor. He gradually came into the limelight in the second half of the 1970s thanks to his collaboration with David Murray, who was younger than him but already a reference musician by then.

Murray gave him trust. In turn, this offered Butch with the opportunity to put into practice his unconventional ideas of a "guided improvisation," the conduction that he was developing after rethinking some of the inklings and intuitions that came from his earlier work with Charles Moffett, the Fort Worth drummer who was famous for his partnership with Ornette Coleman.

Butch Morris' breakthrough was replete with uncharted promises and possibilities: now even an orchestra conductor could improvise and could do so by "playing" the very improvisers that s/he guided through the "art of conduction." It meant that music could develop according to the language and the aesthetics of what amounted to a form of controlled freedom, which was guided, or conducted, rather than directed, thanks to a set of pre-established cues and rules shared with the performers.

After all, it was the performers who, together with a conductor that was just a "first among equals," built the music through the very act of playing it after having memorized a code of visual cues, rather than reading it on charts or relying on Basie-style head arrangements. In the end, this method constituted both a shared language that allowed the musicians to perform together and a unique trait that defined them as a group.

Today, four years after the passing of Butch Morris (29 January 2013, New York), his pioneering method can be better understood thanks to a very valuable book entitled "The Art of Conduction," curated by Daniela Veronesi and published by Karma in New York (with the support of the Pozitif and Tilton Gallery).

This is the definitive manual on the "Morris Method," a Conduction Workbook intended for all those wishing to experiment with the art of guided improvisation, whether it is jazz or academic, high-brow or popular, Western or Eastern, Northern or Southern. With an elegant hardcover and rich in photographs, drawings, sketches and schemes, the volume clearly explains in detail how to communicate to the performers and convey to them the diversity of attack and closure, the variety of dynamics and agogics, the switch in melodic articulation, pulsation and rhythmic subdivision, the shifts between different tonal or modal regions.

Admittedly, the book is very technical. However, its beauty and interest lie in how successfully it explains unique conduction cues, offers hints and suggests ideas to be further developed, even by imaginative apprentices of the "art of conduction."

This is a book that doubles as a perfect companion to the 1995 10-CD box set Testament (New World Records), which represented Morris,' presciently and aptly titled, methodological legacy. But more than in the sixteen conductions contained in that monumental box-set, Butch Morris' true Testament can be found in the pages of this workbook, the essence of which is aptly captured in the final wish Butch wrote a couple of months before the pulmonary carcinoma brought his work to an end: "The music could start with no indication from me."