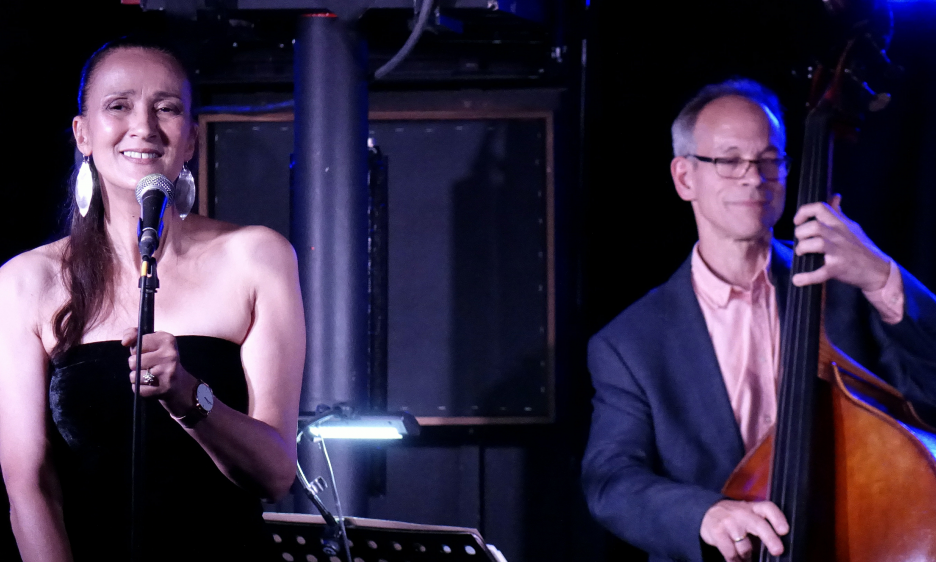 In a once seedy part of London, also home to the UK film industry, lies the heart of the capital's jazz scene. Iconic Ronnie Scott's is off Soho Square in Frith Street while on a corner of nearby Dean Street in a cellar beneath a Pizza Express is their live jazz club. For over 40 years it has presented the best of jazz from around the world. Unusual perhaps, but this is the flagship of a total of four live Pizza Express jazzz venues founded by Peter Boizot in the city and they have 30 more around the country offering Free on Thursday live jazz. Clearly, this is a company that recognizes the benefit of including jazz in their business plan to differentiate them in a crowded market place.

On Saturday June 23, 2018 they presented Tessa Souter singing with Sean Hargreaves playing a fine Steinway piano, Winston Clifford inventive on drums and on stand-up bass Alec Dankworth, son of John Dankworth the leading sax and clarinetist of his time, and his wife Cleo Laine whose voice smoothly ranged over three octaves. Together their duets were relaxed and legendary for their sweetness.

Ms Souter surprised with the inclusion of Albinoni's adagio in G for which she herself had written the lyrics. It's not easy to write to the halting baroque style but it worked. On further investigation it turns out the adagio was in fact written by a later biographer under Abinoni's name. Ms Souter ended her first set with her powerful version of the Cream tune "White room."

At the end of the gig, meeting at the side of the stage it was clear Ms Souter had poured all her effort and considerable talent into the evening performance. We agreed we had both enjoyed our Saturday night in London. The pizza was good too.