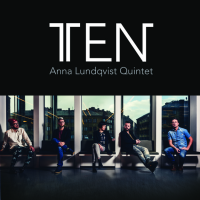 Naturally, Lundqvist's vocals are at the center. She wrote the music to every song and split writing the lyric writing with Lovisa Tavér. Lundqvist's clever phrasing and subtle sense of dramatic delivery serve the songs as another instrument, one that solidifies the emotional core. All songs offer different perspectives of romantic relationships, in its many complex stages, but Lundqvist's tone is far from a woman who cultivates peaceful, bright fantasies, despite her great belief in the liberating power of love. Her independent, sobering voice, literally in any form of relationship, is a major theme in all her songs.

Lundqvist enjoys an organic, almost telepathic interplay with her quintet. Her bandmates know when to emphasize the dramatic climax of any lyric, as on "The Goodbye Song"; to strengthen Lundqvist's playful delivery as on "Tango," or to comfort her singing in fragile moments like the painful realization of coming break-ups on "Not Meant to Be" and the following "Getting Over You."

This best-of song collection certainly raises the bar for upcoming projects by this skillful group during its next decade.

Are you insane; Restless feet; The beauty and the filth; Not meant to be; The only thing I own; Tango; The goodbye song; A call from the inside; Getting over you; City; Miss spelled; How to walk away.