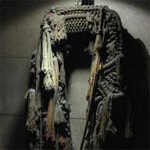 On Tanto Impresos Como Sistemas, a document of the trio's first performance together, it already exhibits an affinity for the kinds of active exploratory environments traversed by groups like AMM and Air. Hall's percussion rattles about in miniature pockets of textural pace setting, Buetow's cello hums and sputters reverberative gusts and Riggs' guitar shoots outward toward some strange space between the utter still of Loren Connors and the destructive power of Alan Licht. That it stays together as well as it does is testament to the near telepathic musical language that the group displays.

The first of three untitled tracks moves between dense fits of movement and punctuated silence as it grows from Buetow's impressively bravado entrance. Hall enters to deepen the gray scale range being worked in, reacting beautifully as the two find a perfect symbiosis. Riggs' elastic lines snake around Buetow's as the trio quickly find its footing, only too willing to loosen it before grabbing another motivic fragment around which to regroup.

The second track explores an even sparser layout as various bellows and thrusts emerge from the air before settling back down. Hall's kit maintains a material physicality as Buetow and Riggs trade off between coaxing sliding swathes of breath and scraping metallic noise from their instruments, eventually brewing the work into a brief but strange sort of expanding African jazz work before moving back toward quieter realms.

In a group such as this, whose sonic palette and open forms leave the possibilities so vast as to make each moment exciting, a tangible proximity evolves that is truly about the sounds and their interaction. This sensuality is once again displayed on the closing track as plucks, bows and cymbal crashes are turned into droplets, motors and waves. It is the empathetic performances by all members that weave the album into a work that is impressive far beyond merely being a document of the trio's first sessions together. Rather, it is the astounding initiation of a group that is sure to continue expanding its already simpatico musical relationship.