By Edward Blanco
February 2, 2008
Sign in to view read count 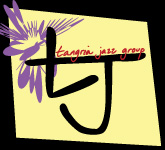 Pianist Simon Rochester leads the music with a command performance, also playing Fender Rhodes on Joe Henderson's "Isotope and the opening/oft heard Eden Ahbez standard, "Nature Boy. The sound produced by this trio is quite good and the skillful play from bassist Justin Hellman is the glue that holds the combo together.

Of the five standards on this disc, it is Coltrane's fiery "Impressions that leaves perhaps the best impression here, with a swinging performance from everyone including crisp solos from Hellman and Mebane. Wayne Shorter's familiar "Black Nile gets a fresh new read with some dark tones added for a distinctly different rendition.

Mebane revisits Mebane's Eleven's "Teach Yourself to Live Elsewhere with a new arrangement, and includes a percussive new score with the West African-influenced "Bamako Love Walk, featuring the drummer and Rochester on African percussion.

There are so many light combos in the jazz world today that it becomes increasingly difficult to work up a measure of excitement when you get a new recording from yet another trio. Then there are albums like the Tangria Jazz Group that make one appreciate that fact that such groups do, indeed, abound. Whether playing new originals or interpreting old standards, Sheryl Mebane makes you forget you're listening to another one of those trios by producing a special session of music that turns out to be quite appealing.