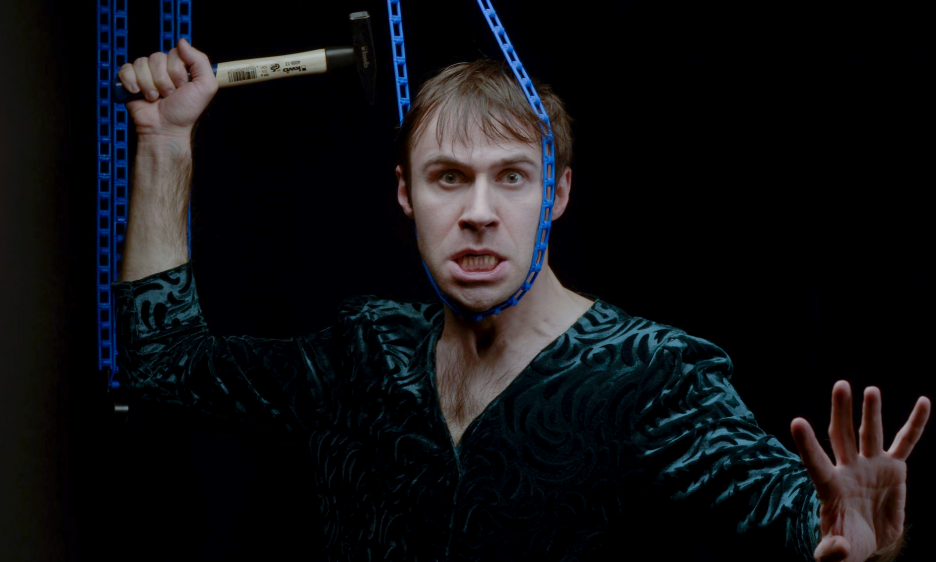 By Martin Longley
May 6, 2022
Sign in to view read count
The Estonian city of Tartu lies to the south-east of capital Tallinn, and is a relatively small second city, perhaps dominated by the presence of its renowned university. In 2024, Tartu is set to become a European Capital Of Culture. In anticipation, the Tallinn Music Week organisers have programmed an evening of music emanating from Tartu, and in particular, artists associated with Ö Stuudio (pronounced 'uhh'), that city's major recording hub.

A highlight of the evening will be the solo vocalist Roomet Jakapi, who played an excellent set during 2020's TMW, with the Kreatiivmootor band. Formed almost two decades ago, they revelled in free jazz writhings on a heated bed of electro-rock angularity, while Jakapi operated between verses of song and poetry, intoning, ranting and freestyling. He also provided some of the electronic texture, not so much a singer as a verbal effects machine. Kreatiivmootor boasted a spread of equality, at the service of their hard-grind grooves, prominently featuring an alto saxophone soloist, set free for flight.

Your scribe met up with Jakapi a few days prior to TMW, as the vocaliser leaned forward, seriously contemplating his aims as a performer, but also gleaming mischievously as he recalled his primitivist beginnings. The gig at the Uus Laine club-bar on Friday 6th May will feature Jakapi performing solo, altering his voice via loopers and pedals, introducing the odd toy, or other found objects. "No 'proper' instrument," Jakapi states. "I will rely entirely upon my voice, but I'll manipulate it in various ways, trying to create different layers, and working from there."

Jakapi used to use a laptop, but nowadays he's into guitar pedals, for a more direct sonic relationship. Kreatiivmootor shape multiple aspects in their sound, including rock, jazz, electronic, but Jakapi discovered free improvisation in a natural fashion. "I've done this for more than 10 years now, not necessarily alone. I've collaborated with many people, with different backgrounds. All sorts of musicians..."

Jakapi's latest album is called Beek! (Improtest Records, 2019), and is a trio set with guitarist Mart Soo and Danish bassist Niels Praestholm. Jakapi finds that he's long had a good rapport with Soo. "I'm often surprised how he has managed to take this stuff out of me. Something I could not have done myself, probably. This interaction is the beauty of this improvised music"

Jakapi agrees that his verbal antics could be found both funny and frightening: "Maybe it's because the human voice is a special kind of instrument. We use it every day, but in ways that are considered normal. If you distort it, if you speak without meaning, as it were, people get confused. I'm an underground creature, originally," he says. "But I've been invited to participate in various projects."

Jakapi considers the likely roots of free improvisation, as its practitioners arrive from the realms of jazz, rock, electronics, folk, or increasingly, from the moderne classical field. Early on, Jakapi attended a workshop by the English singer Phil Minton. "I probably acquired some tricks from him," he admits. "But also some other people. One can actually study vocal improvisation at the Academy Of Music & Theatre. It's not uncommon, but can still sound strange, especially when compared to other improvising instruments."

Sometimes, the possible influence of cartoons can be discerned, when Jakapi sounds very much like he's taking on multiple personalities, engaging in a fantasy dialogue with himself. "When I play, I try to create more of those characters," he enthuses. Jakapi also wonders whether an early exposure to the works of Frank Zappa, at high school, played a part in this attention to overlaid voices.

Kreatiivmootor formed in 2003, co-founded by Jakapi, with the band members spread around Tartu, Tallinn and Munich. They've been dormant for the last couple of years, following the release of their fourth album. "We just decided to do music. No genre," Jakapi recalls. "A form of innocent, almost childish creativity. It took many years to become more professional. It used to be primitive outsider music."

Jakapi thinks that a certain form of creativity evolves when players don't quite know how to perform in the established fashion. By the time of that 2020 TMW gig, Kreatiivmootor had evolved into a precision-tooled outfit. "That was a long development from the early days, which is what happens with bands, I guess. I started to introduce some vocal improvisations into songs, in the band framework, that came out of nowhere. I didn't know what I was doing. It was a few years later when I learned that it was called vocal improvisation. I knew about it, but wasn't part of the free improvisation scene, in Estonia. Then I became a part of it. I also learned about Jaap Blonk and Maja S.K. Ratkje. I started to collaborate with improvising musicians in Tartu, people who had very different backgrounds."

Jakapi gradually became more experienced, and less of an outsider: "I took some lessons in vocal technique, because when I started, I lost my voice after every performance. I simply wanted not to damage my voice, and to learn to use my vocal machinery properly. I'm a combination of different influences and coincidences."

Jakapi used to make hardcore noise music around 15 years ago. "As a singer, or a shouter," he smiles. "A screamer. That's also improvisation. It's extreme, but some improvisers come from that background, metal or experimental, so I have some of that as well."

Jakapi also teaches philosophy at the university, enjoying a sort of resonating feedback relationship between his different lives. "Over the years I've learned how to combine these worlds, somehow. My daily work is to form well-structured, rational sentences. When I play music, I don't usually use any words with meanings, and that's a conscious choice. I focus on sound, and I'm not interested in meanings, linguistic meanings. I would even say that meanings are disturbing, because they distract you."

Jakapi considers that his wordlessness places an emphasis on the pure sonic qualities of the voice. "It doesn't need to mean anything at all. I have a destructive idea behind it, destroying meanings, deconstructing language. I like to listen to languages that I don't understand. They organise sound differently."

Down the years, Jakapi has recorded at Ö Stuudio on several occasions, solo and with Kreatiivmootor. "I like the studio, and the people, and it's getting bigger and bigger. They also do television programmes and it's a very creative hub."

A few hours earlier, your scribe had Zoomed in on that studio's owner, Martin Kikas, along with Estonia's well-established folk artist Mari Kalkun. This pair will open the Ö Stuudio showcase during TMW, performing as Hum Of Tartu. Kikas will respond to, and shape the atmospheres and environment of Kalkun's core sounds, as a singer and player of the kannel, Estonia's chief traditional instrument. It's a small box zither, going under different names and variations around the Baltics, existing for around two thousand years. Kalkun also plays various keyboards and small percussion instruments.

Kikas and Kalkun first started working together on Ilmamõtsan, the former producing the latter's 2017 album. "We're putting in months and months on the albums and music," says Kalkun. "There are a lot of things that we create in the studio, on the spot. I come up with an idea and we start to formulate and shape it, add layers and sounds."

Presumably the gig at Uus Laine will take this process a stage further, into a more improvised landscape? "There will be two aspects that we've not explored previously," says Kikas. "Half of the attitude is to say, 'let's see how it goes.' I've been saying to Mari that we should start developing a more ambient set. It makes sense to use what Mari already has, her songs. I've engineered her live performances for years, so for me it's familiar, and we have a level of trust which means that we can afford this experimenting."

Kalkun mentions that Kikas has been recording some environmental sounds around the city of Tartu, which will be used as a part of these live soundscapes. "I really like to improvise," she says. "I openly take advantage of any offers to break free from the usual concert format."

Kalkun is hoping that the new Hum Of Tartu direction will lead to a mind-expanding experience. "I'm going to play some samples and use delay [effects] for this live engineering," says Kikas. "It's all inspired by Mari's songs, and sometimes I think that they could last longer, or that their structure could be looser, especially when the songs are already well-known."

Kalkun expands: "This is something that I'm really interested in, in music, this meditative state, which is really deeply in traditional music." Hum Of Tartu are hoping for a transportation, away from daily life to another exotic locale, their folk song core being overlaid by a mantle of enchanted ambient dub transformation. 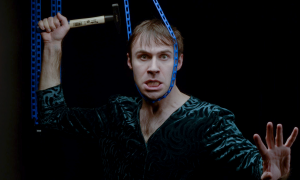 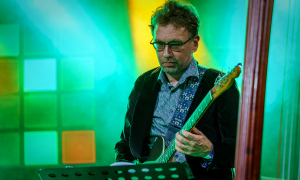 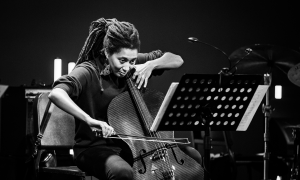