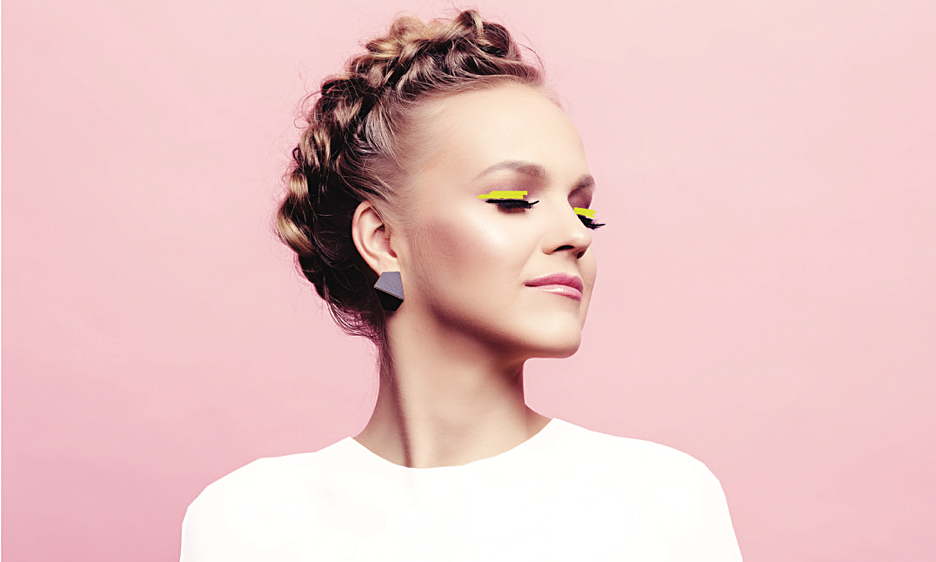 By MARTIN LONGLEY
August 11, 2020
Sign in to view read count
Tallinn Music Week was postponed from its accustomed March dates, and rescheduled for late August, with much of its programme preserved, and many gigs moved outdoors to facilitate being spaced-out in the virus era. This is a festival where all music styles are embraced, from jazz to metal, folk to electronic and pop to classical. Many of its events will revolve around the Telliskivi Creative City, a re-born factory zone that's now the Estonian capital's chief arty hang-out. As with many reconfigured post-virus festivals, most of the booked artists are indigenous locals, but TMW is already tentatively growing outwards, confident enough in Estonia's health situation to invite acts from Denmark, Germany and the UK.

The singer and multi-instrumentalist Kadri Voorand is one of the country's most popular exports, her latest album released on the renowned German label ACT. It's a duo recording with bassist Mihkel Mälgand, the partnership that's now Voorand's prime touring vehicle. In fact, just prior to the virus hitting the planet, the twosome were about to head off on an extended European odyssey, based around the new album, and the multitude of improvisational avenues its songs would doubtless prompt.

Voorand has had the ideal musical development, running through formative experiences in the spheres of folk, classical and jazz, playing piano and violin, as well as being highly adept with electronics, live looping and smaller instrumental extras, such as kalimba and glockenspiel. She's also a key member of Estonian Voices, an adventurous ensemble using the country's crucial choral tradition as a launching pad for innovation.

It seems appropriate for your scribe to call her using Skype, as that communications platform was actually born in Estonia. Voorand begins by laying out the scene of Tallinn's present stage on the evolution towards returning live performance. They are a few months ahead of most other countries, as June already saw the opening up of concerts for audiences of 100, being upped to 500 in July, where Voorand played four gigs during one particular week.

"Estonia is so small that we can individually look at every festival or event separately," she says. "Every venue is a little bit different. Maybe we're too optimistic, that's my fear, personally, but in Estonia the situation is quite well handled. Whoever comes from certain countries gets tested, and put in quarantine if necessary. Every single case is handled separately, and we have kind of mapped the entire population, and are re-mapping every day. It's a kind of safe zone, or at least it seems so, but I suppose we never know. Let's hope for the best. I'm very happy that I now have quite a lot of concerts, considering the situation, but it's only for a quite small audience."

The timing of Voorand's album release turned out to be most unfortunate. "It's a very sad situation, because it was a very big event for us, and the whole tour was cancelled," says Voorand. She's slowly returning to international performance, with a trip to Italy lined up soon after the duo's gig at Tallinn Music Week, on August 27th.

Your scribe has witnessed several very impressive Voorand performances, mostly at the Jazzkaar festival, also in Tallinn. In 2016, she appeared in several bands, but her own quartet facilitated the full uncompromising range of her remarkable talents. Voorand's bridging of jazz vocal stylings and an unusual singer-songwriter bent, along with a free improviser's skill with effects and real-time looping led to a continual sense of surprise, as she navigated these diverse zones with equal dexterity. The entire band was at the service of Voorand's voice, following her lines and gestures, her quirks and tempo, rather than the other way around, acting as an extension of her individuality. Voorand twinned voice and piano precisely, scampering in prog-folk fashion, then turning to her second microphone, the one that's plugged into her electronics gear. Voorand released an uninhibited chaos, constructing her own chorus, the band floating beside her, then kicking in for the set's climax.

"We always try to be fresh for ourselves, as well," says Voorand, when asked what the duo have planned for TMW. "We still rehearse quite a lot, and have this fresh touch to our music. We have some new songs, and we also try to approach the old songs in an open way. There are some things that are a musical part of our duo, so essentially we can't skip some of those tunes, but we still try to renew what we do, all the time. There are a lot of people who hear us for the fifth or sixth time, or eighth or tenth, and luckily all of them who come and speak to us at the end of a concert say they've heard us play before, but that it's always a little bit different."

During 2017's TMW, Voorand played one of the early duo sets with Mälgand, the jazz tradition clearly in evidence, but it wasn't too long before she restlessly flew off into a bout of abstract vocal improvisation, then recited some Estonian poetry, and soon created an imaginary intercom announcement (this last was a composition-in-the-moment, inspired that very day). Voorand's voice flitted from purist acrobatics to electronics-filtered extremes. All of her vocal perversion was in real-time, as she resourcefully knitted a construction of rhythmic repeats, or flicks on a horrific distortion effect, often snapping back into something profoundly unsettling in its depth of contrast. Meanwhile, Voorand was soon back at the piano, marrying voice and keys in a completely symbiotic existence.

"For us, as improvising musicians, it's always very important that we keep the openness, but we also have to be equipped with ideas, fresh melodic lines, and that needs constant work and cooperation," she elaborates. "Luckily we've been able to do that now, during the summer. We always try to approach the improvisation as if it's an instant composition, not just showing off technical skills. It's the matter of presenting a new song, creating a new melody, on the spot. Next to the song that's pre-composed, in the middle, we might compose a completely new song. We enjoy the fact that there are only two of us. We have not agreed on the length of the improvisational part, or what will be the harmony. We just use our ears, follow each other, and on cue, play the pre-composed part. The main goal is to send out an emotional story, and whatever is needed, we just use it..."

Sometimes, even if they've plotted a few strategies, these will be subject to sudden change, based on the responses and mood swings of an audience. "We try to follow the room, and the moment."

In 2018, at Jazzkaar, Voorand appeared with Estonian Voices, and in a quartet dedicated to the music of Estonian composer Veljo Tormis. The six piece a capella Estonian Voices inhabit no secure style, possessing elements of choral, jazz, folk, easy listening and new music, never being completely any of these, but invariably flying off into some liberated creative stratosphere. The roster is fifty-fifty male and female, although ranges can be high or low for either, as light as their nimble footwork and bodily interactions on stage. The interplay between the singers was exact and dynamic, their bent altering from satirical to sincere, according to the moods of each number.

The Tormis foursome had an unusual line-up of two guitarists (Jaak Sooäär, Paul Daniel) and two singers (Voorand, Liisi Koikson). Their Tormis Remains programme is usually performed alone, but for this festival appearance they were joined by the Estonian Philharmonic Chamber Choir. This immediately set up an enjoyable tension between straight choral singing and the sometimes rebellious jazz (and beyond) detours of the more individually expressive Voorand and Koikson. Voorand turned on her electronics at certain dramatic points, building up a looped, atonal weight, the choir complying, as she added subsonic melodica, made jarring cuts and hopped between soft and harsh vocalisations. To conclude, the choir gradually dispersed around the space, as electronics receded and natural acoustics rose in dominance.

Looking ahead to another postponed Estonian festival, Jazzkaar itself has moved from last April to this coming October, and Voorand will play the second show with her new Chamber Ensemble.

"We came together in Tartu [Estonia's second largest city], last November, and we understood that this group is really something that moves our souls, so we made the decision that I'm going to write new music for this ensemble," Voorand enthuses. "It's a sound that gives us options to make the colour palette very wide, that gives me the opportunity to write some very different ideas, in a way that I've dreamed of, because I've used the string quartet not only in the classical way, but also as an improvisational tool. I don't like chaos in music that much, I must admit, so arrhythmic and atonal music is not so much in my soul. Chaos can only be created with a purpose, to bring the solution, and a good release after the creating of tension. I don't want to use the strings for open improvisation, but instead, I've created some very nice structures that I can choose between. These people are specially picked string players, that know harmonies, and are brave enough to improvise. Their inner cooperation is very strong. It inspires me that I can have this wider, beautiful sound, that's rich in layers, without me using electronics all of the time. I can have that kind of harmonic palette, without multiplying myself..!"