Home » Search Center » Results: You Lost Me At Hello

Results for "You Lost Me At Hello"

You Lost Me At Hello 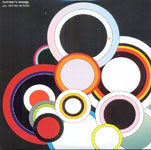 Label: Rune Grammofon
Released: 2009
Track listing: Count the Holes in Your Head; Bølehøgda Rock City; Ginsberg; Hell Is for Hello; King of Hello; Ghostwriters in the Sky; No Sleep 'Till Hammerfest; Champagne for My Real Friends.

Norway's Rune Grammofon label has, since its inception over a decade ago, gradually broadened its horizon, though the majority of its music remains highly experimental and unequivocally eclectic, often exploring the nexus of musical styles that might seem, on the surface, to be incongruous. Certainly Bushman's Revenge, led by guitarist Even Helte Hermansen, brings together elements ...